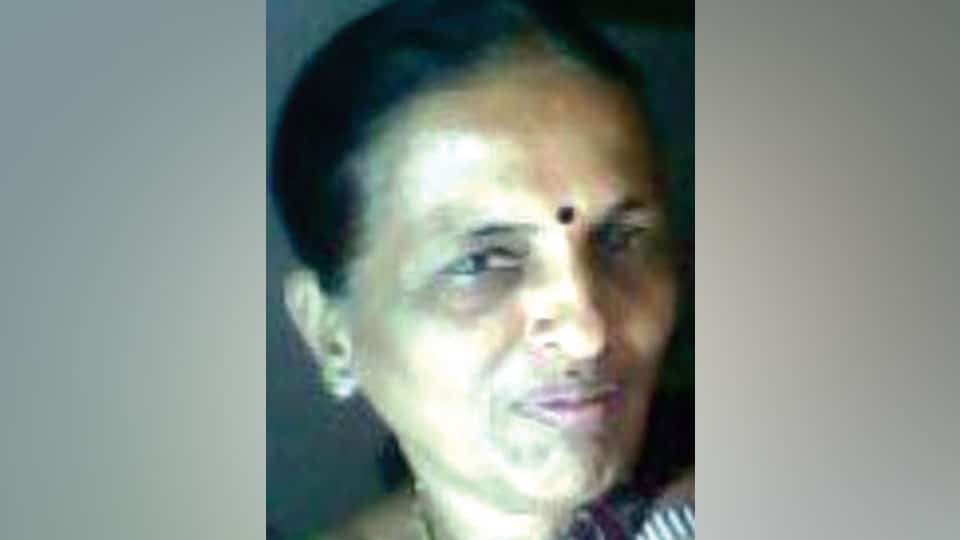 Nanjangud – A woman from Mysuru was seriously injured when the ‘Kalasa’ of Sri Nanjundeshwara chariot feel on her head on Sunday night in Nanjangud.

The seriously injured woman, who is undergoing treatment at JSS Hospital in Mysuru, has been identified as 63-year-old Sarvamangala, wife of Jayaram and a resident of Hebbal Second Stage (behind CITB Choultry) in Mysuru, said Shyamsundar, son of the sister of the injured woman, to SOM.

He said that after the ‘Theppothsava’ which was held as part of the ‘Ratothsava’ on Sunday evening, the chariot was being taken in a procession, when the decorative serial lights installed across the Ratha Beedhi got tangled to the Kalasa on top of the chariot, resulting in the Kalasa falling on the head of Sarvamangala, who was walking behind the chariot.

She was immediately rushed to Nanjangud General Hospital, where she was provided first aid and was shifted to JSS Hospital in Mysuru for further treatment, where she was given five inch stitches on the head and is now recovering, Shyamsundar said.

Shyamsundar has accused the temple’s Management of not installing the Kalasa securely which resulted in it snapping and falling on the head of his aunt.

Based on the Medico Legal Case (MLC) report from the hospital, Nanjangud Town Police, who have registered a case in this regard, are investigating.