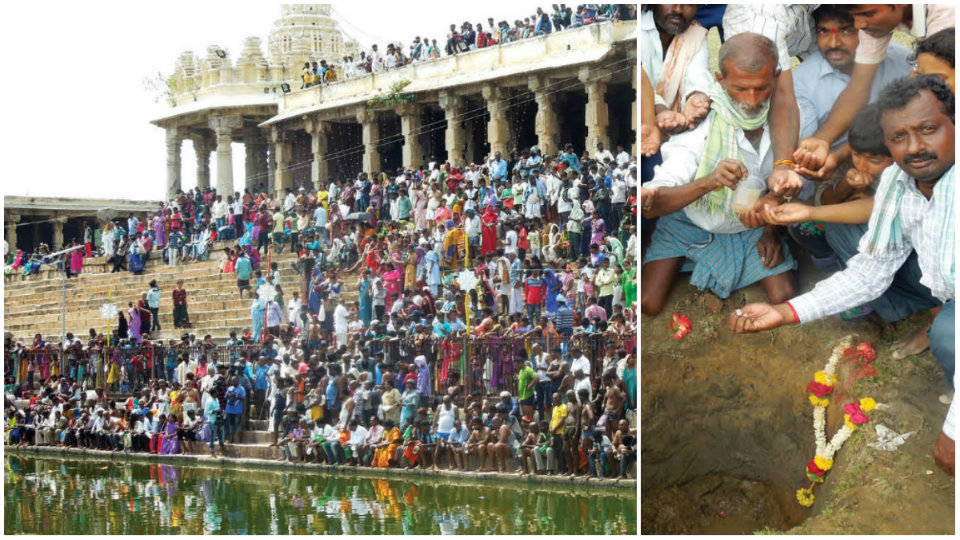 Melkote (Mandya) – Like every year, this year too devotees, who throng Melkote to witness the Vairamudi and Rajamudi festival, were excited as they watched the spring that comes to life on a barren land belonging to a Dalit farmer at Narayanapura, 10 kms from Melkote Temple.

The town was celebrating Narayana Jayanti yesterday, as part of the festivities, where ‘Theerthasnana,’ a ritual, is performed to the idol taken out in procession. Water gushing out of two 2-feet deep pits on the same day, and three eagles (Garuda pakshi) circumambulating the temple and the pond thrice is considered as a miracle by the devotees.

More than 20,000 people throng this temple to witness Cheluvanarayanaswami adorned with Rajamudi, and to take a holy dip in the pond after the ritual to the deity.

As soon as the ritual was completed, three eagles appeared and flew around the temple, amid enthusiastic devotees chanting ‘Govinda Govinda.’

The temple administration had organised mass feeding for the devotees. Temple EO Kumaraswamy, Melkote SI Mohan Patil were among those present on the occasion.

Within moments of the ‘Theerthasnana,’ water springs at a two-feet deep pit on a barren land, 10 kms away from the temple, at Narayanapura, attracted the devotees. This is being observed every year and did not disappoint the devotees this year too, who had doubts due to the prevailing drought situation. Devotees were seen collecting the water in bottles. According to locals, the spring is alive only for a day and later dries up. About 50 pots of water is available on the day. Water appears only during the same day next year, they said. 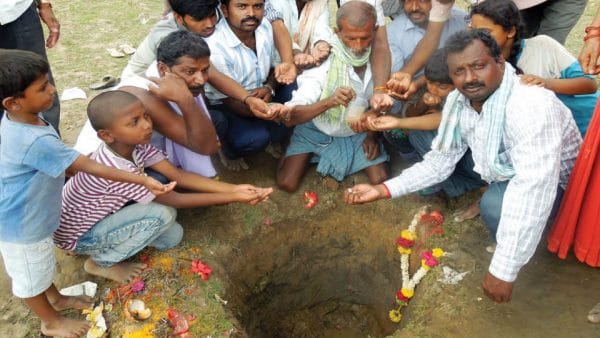 ASP Savitha, Dy.SP Vishwanath and other officials visited the village.