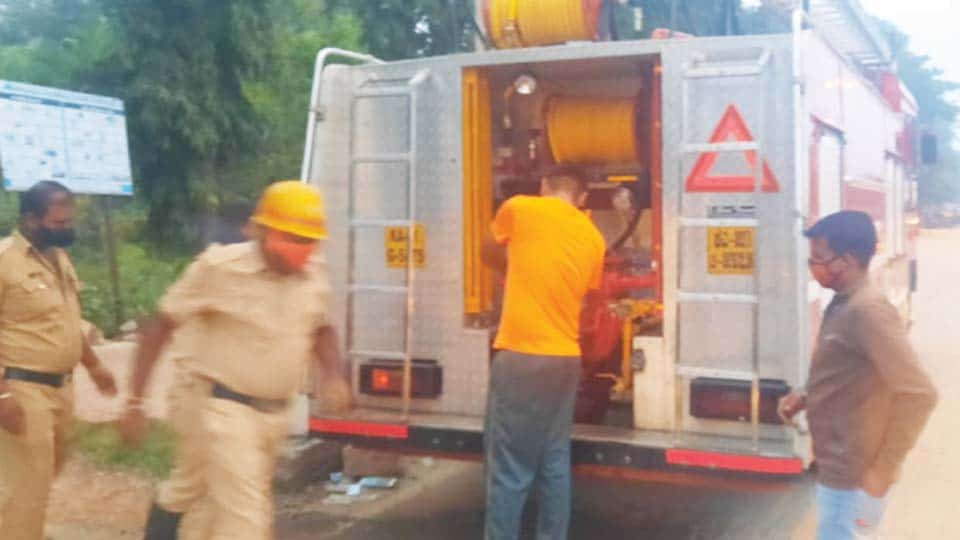 T. Narasipur: T. Narasipur Town Municipal Council (TMC) Member Arjun has reportedly blamed the TMC Chief Officer and its President for the chlorine gas leakage at the Water Filter Unit in the town.

Eight persons including three Fire and Emergency Services personnel had fallen sick after inhaling the gas on Tuesday.

Addressing a press meet in the town yesterday, Arjun said that though a waterman had informed the Chief Officer about the leakage in the chlorine gas cylinder on Monday itself, the officer had not bothered to take steps to plug leakage.

If the officer had taken steps immediately, the leakage would not have taken place the next day. This shows the negligent attitude of the officer, he said.

Pointing out that the newly elected TMC President was busy in receiving felicitations, he said that a few members were causing problems in the Office and no public works were undertaken at the TMC Office.