Home » Editorial » Cities in, villages out 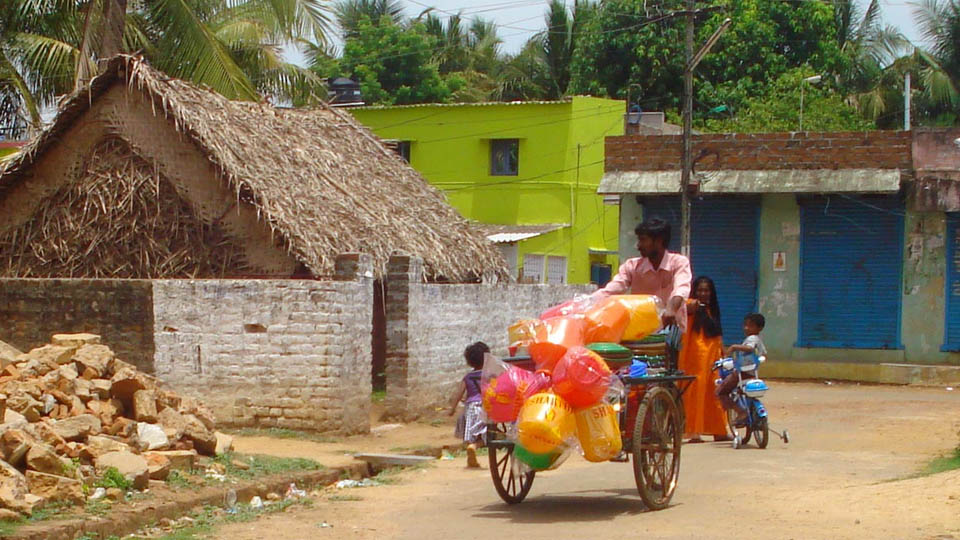 Cities in, villages out

Comparing cities with villages in the northern hemisphere is a different ball-game from the exercise in the southern hemisphere. So also, the relative profiles of the two regions in any country of the West present a strikingly diverse scenario from those of the East. In this context, comparing cities of India, numerically on the cusp of about 9,000, with its villages, with an oft-publicised number of nearly six lakhs, can prove to be a highly fascinating exercise. However, the yawning differences between these two distinctly different socio-geographical areas of the country are tending to narrow. First of all, the 60:40 ratio of their populations is fast changing to 50:50 and, in foreseeable future, the ratio may even get reversed, meaning the number of urbanites may far exceed the number of their rustic counterparts. When that becomes a reality, it beats one’s imagination on from where the urban residents can expect their food needs to be met? Action to prevent this eventuality is nowhere evident.

Inputs into projects of maintaining civil facilities as well as adding to the existing infrastructure in cities across the country in monetary and physical terms amount to several hundred times the inputs into projects of welfare of the rustics, a feature being bandied about by all and sundry public speakers with no sign of stopping the measures to pamper urban residents. The currently going on dilly-dallying by the government to waive the loans taken by farmers, for good or bad reasons, has only angered the farming fraternity, even the urbanites are mute spectators to the stalemate.

The land’s leading lights advising the administration are preoccupied with scholarly and academic debates on macro-economic matters such as gross domestic product, current account shortfall, fiscal deficit, rising unemployment rate, budgetary allocations to different sectors of the economy and so on without hitting the bull’s eye of practical and plausible measures to resolve the well-marked problems bugging the populace of the country’s cities and villages in diverse ways. Two of the problems that don’t permit any delay in resolving are (a) Containing the rise in the number of cities as well as their headcount and (b) Raising the family income of the rustics to levels that dissuade them from abandoning agriculture.

If smart cities are created by spending humongous amounts of public funds, not bestowing any attention to create smart villages is incongruous, to say the least. Smart cities are bound to raise their population density and the dependence on the produce from villages. Now, depleting the land of its villages and not preventing the increase in the number of its cities as well as their headcount amount to a double whammy for the nation in days ahead.