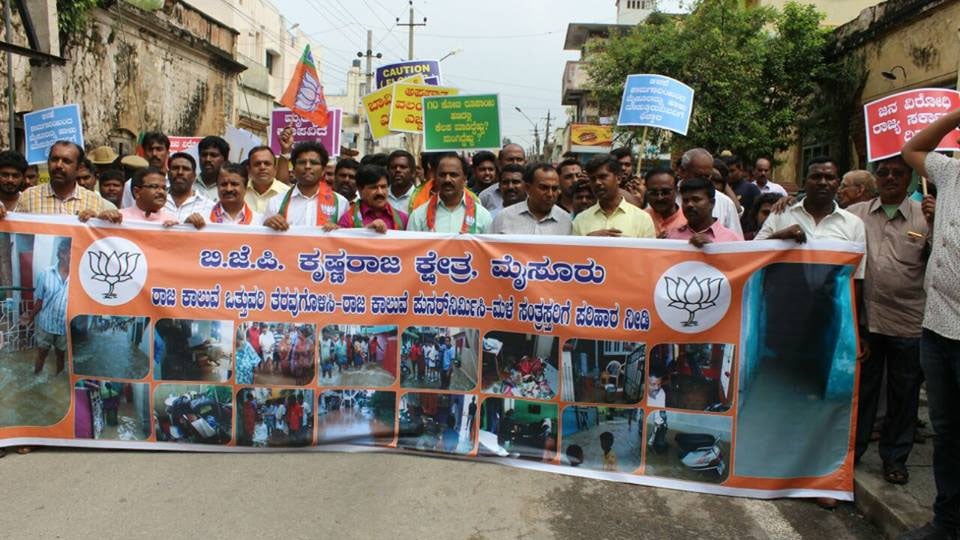 Mysuru: City BJP activists headed by former Minister S.A. Ramdas held a massive protest against the State Government and MCC accusing both for carrying out sub-standard works in city.

About 800 BJP activists launched the protest this morning from the JSS Vidypeeta Circle by planting saplings in potholes till Sewage Farm at Vidyaranyapuram.

They alleged that Rs. 100 crore released at the time when BJP was in power had been misused by carrying out sub-standard works and added that out of Rs. 10 crore released for development of roads from JSS Mahavidyapeeta till Sewage Farm passing through Vidyaranyapuram main road during 2012-13 coming under MCC Wards 1,4,5,6,10 and 11, only Rs. 5.90 cr was utilised and there was no account for the remaining Rs. 4.10 crore

They also demanded compensation under natural calamities for those having suffered losses during the recent rains.