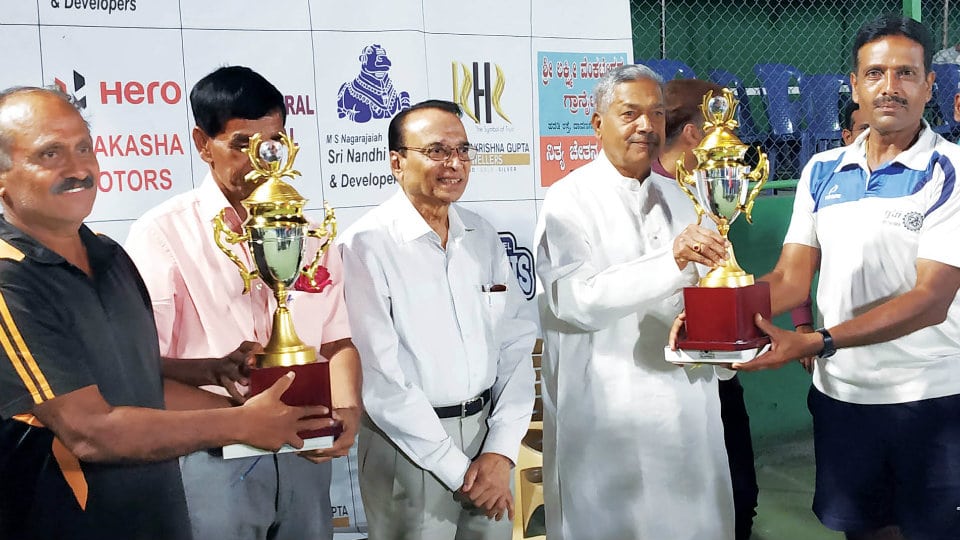 R.N. Ramesh also participated in All India Senior Tennis Championship in 55+ category at Kakinada (AP) and emerged winner in the Singles event and runner-up in the Doubles event.

Ramesh defeated Rawat of Bengaluru by 6-4,7-6 (7-5) in the final to win Singles Championship.

In the Doubles event, Ramesh partnered with Paul Manohar (Guntur) to defeat Rawat (Bengaluru) & Ravishankar (Hyderabad) by 3-6,6-7 in the finals.