Home » News » City to get another flyover-cum-underpass 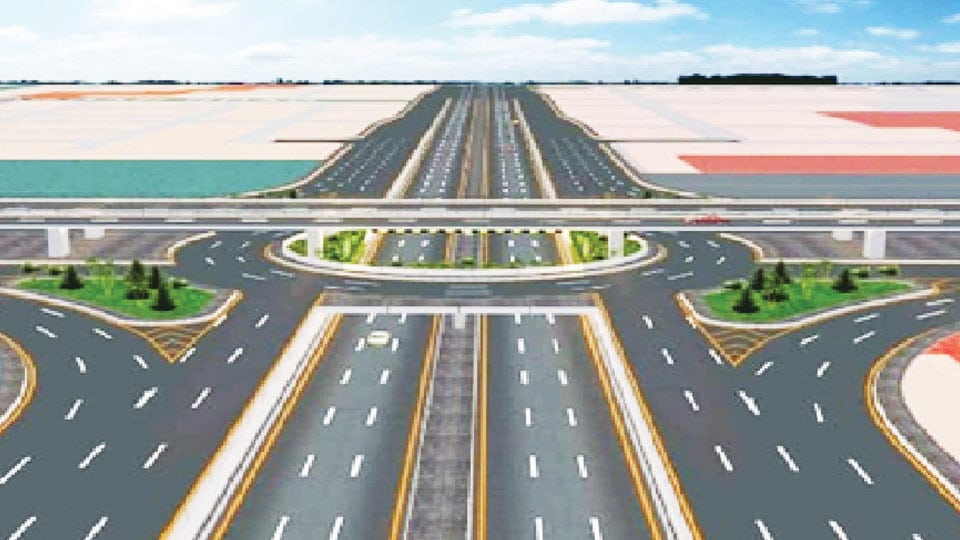 City to get another flyover-cum-underpass

Signal-free ‘Interchange with Flyover, Rotary and Underpass’ to be built at busy Columbia Asia Junction on Mysuru-Bengaluru Highway

Mysore/Mysuru: The Mysuru-Bengaluru Road and Outer Ring Road Junction near Columbia Asia Hospital will undergo a sea change with a new ‘Interchange with Flyover, Rotary and Underpass’ project that will be taken up as part of the Mysuru-Bengaluru Highway that is being upgraded to a 10-lane Highway.

The Columbia Asia Junction is one of the major traffic bottlenecks in city and it is a nightmare to travel on this stretch especially during peak hours where four crucial roads meet with trucks, cars and two-wheelers jostling for space.

Once the new project is implemented, it will be a signal-free stretch with seamless flow of traffic. The National Highways Authority of India (NHAI) will take up  the project.

Clover-Shaped Interchange or Clover Leaf Interchange, in transportation engineering, is a junction that uses a grade separation technique or ramping mechanism consisting of one or more ramps to allow the traffic flow from one or more Highways through the junction even without actually crossing it or without disturbing the movement of other traffic streams.

It may be mentioned here that the city’s first flyover has already been constructed and is operational at Hinkal on the Mysuru-Madikeri Road.