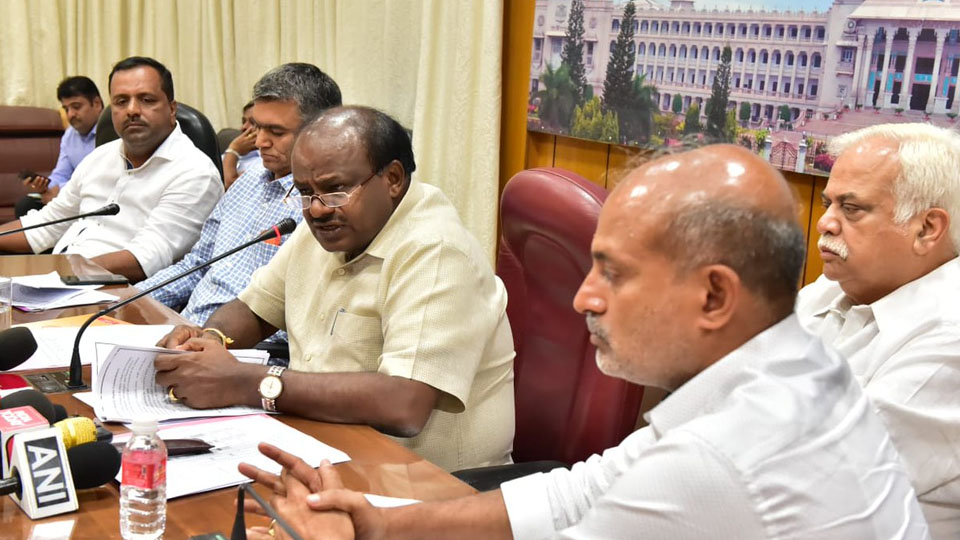 Bengaluru:  With rains continuing to create havoc in Malnad and coastal districts, Chief Minister H.D. Kumaraswamy has directed officials to come to the rescue of flood affected districts, which have been battered by rains for the past several days.

Suggesting the use of helicopters for rescuing people stranded in floods, the CM gave instructions to the Deputy Commissioners and other officials to closely monitor the situation on a regular basis and to take necessary steps for providing relief.

Meanwhile, the State Government is said to have held talks with the Air Force for moving stranded people to safer zones in flood affected districts