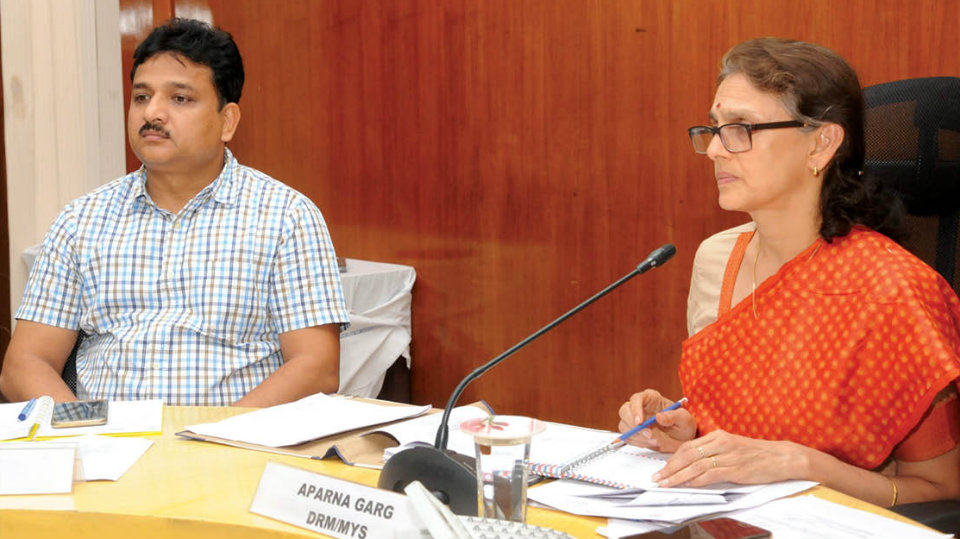 Mysuru: Here is some bad news for all those who are opposing Railway lines to Kodagu that is bound to cause extensive damage to the fragile ecosystem that is already bearing the brunt of incessant rains due to lack of tree cover. The South Western Railway has completed the preliminary survey of the proposed Mysuru-Kushalnagar Railway line project.

The survey report has been submitted to the Railway Department and the project will cost about Rs. 2,600 crore, said Divisional Railway Manager Aparna Garg. She was speaking to reporters at a press conference held at her office yesterday where the new train timetable was launched. She added that the survey excludes Kodagu district.

“We have completed the preliminary survey excluding Kodagu District and as per the project, the State government has to provide land free of cost and 50% of the project cost,” she said. When asked about the proposed Thalassery-Mysuru project that passes through pristine forests of South Kodagu, Railway officials said that the Konkan Railway authorities should confirm about the project as Thalassery comes under them. Konkan Railway Corporation was responsible to conduct a survey.

The latest statements by the Railway authorities show that the two controversial rail projects via Kodagu have not been disbanded as claimed or as assured by the elected representatives of Kodagu and State Government authorities.

It may be recalled here that people of Kodagu are opposing the rail projects as they would destroy the ecosystem of the tiny district that is also the birthplace of River Cauvery. Pushed to the wall, the people of Kodagu and environmentalists have staged several protests against large-scale deforestation

People have taken exception to Railway and Highway projects that cuts through the district known for forests, coffee plantations and scenic beauty. Besides, the change in rainfall pattern resulting in drought and floods has been attributed to massive tree felling in the district.