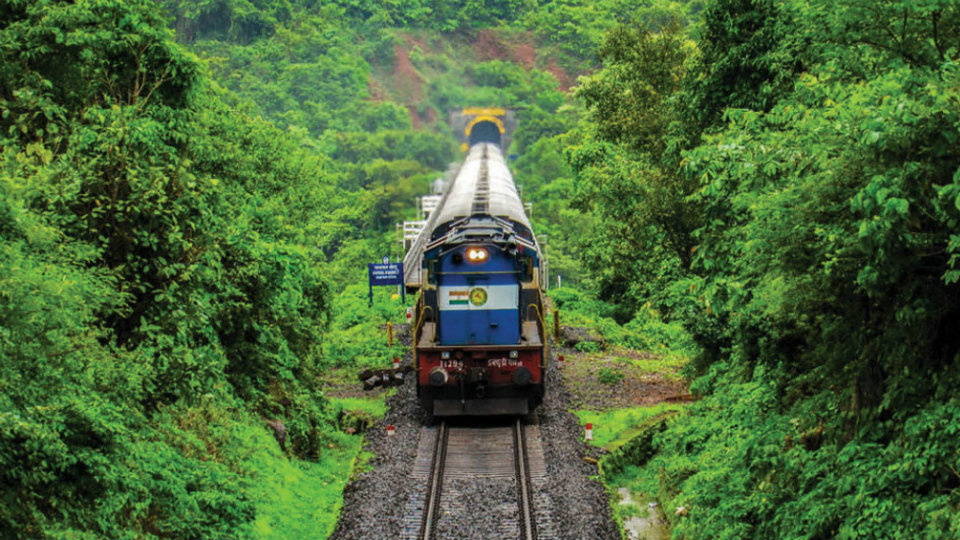 Mysore: In a huge victory to environmentalists and conservationists, the Karnataka High Court yesterday asked the Indian Railways and the Ministry of Railways to seek environment-related clearances before commissioning two rail projects in Kodagu — Mysuru-Kushalnagar line and the Thalassery-Mysuru Railway Line. The High Court Bench, led by Chief Justice Abhay Shreeniwas Oka, gave these directions as it was hearing a Public Interest Litigation (PIL) filed by Col. (retd.) C.P. Muthanna, former President of the Coorg Wildlife Society and others.

Disposing of the case, the High Court said that the Railways cannot proceed with the projects since forest and wildlife clearances have not been obtained. Moreover, the Indian Railways have been asked to notify the petitioner when they apply for clearances.

The petitioner contended that the Mysuru-Kushalnagar Railway Line is interconnected to Thalassery-Mysuru Railway Line project which shall connect and interconnect Karnataka and Kerala at the cost of severe damage to flora and fauna of Kodagu district.

“The fragile Western Ghat ecosystem — due to rampant commercialisation and unsustainable development — has already made Kodagu vulnerable to environmental catastrophes like floods and landslides. The construction of the Railway line will not only clear forests and alter the topography but also increase commercialisation and tourist activity,” the petitioner contended.

The petitioner had urged the Court to issue directives to authorities not to carry out any activity or venture into implementing of Railway projects on and off or on the surrounding areas of Kodagu. The petitioner had also requested the Court to direct the Central Govt. not to plan any kind of project in the name of building tourism between States at the cost of biodiversity and stay the survey and other related activities of these two Railway projects.

Speaking to SOM this morning, C.P. Muthanna said that in February this year, the South Western Railway had sanctioned construction of an 87-km railway line between Belagola in Mysuru and Kushalnagar. Another proposed Railway line which was planned to cut through the forests was the Mysuru and Thalassery Line.

“So far the Forest Department had been saying that the Railways have not approached them at all for the environmental clearances. Now that we are party to the case, if the Railways want to review the project or ask permission from the Environmental Ministry, they have to keep us informed and this is a good development as the Railways cannot do any ground work keeping us in the dark,” he said.

Also, as the area comes under a buffer zone in a Tiger Reserve (Nagarahole National Park), the Railways cannot get these clearances, Muthanna added. The High Court directive holds good for both proposed Railway lines, he revealed.

The petition (WP 17990/2018) was filed on 24.4.2018 by Muthanna (the then President of Coorg Wildlife Society). He is also the Coordinator, Save Kodagu and Cauvery Campaign. The respondents in the petition are Secretary, Ministry of Forests, Environment and Ecology, Ministry of Railways, Chief Secretaries of Karnataka and Kerala and Principal Chief Conservators of Forests, Karnataka and Kerala.