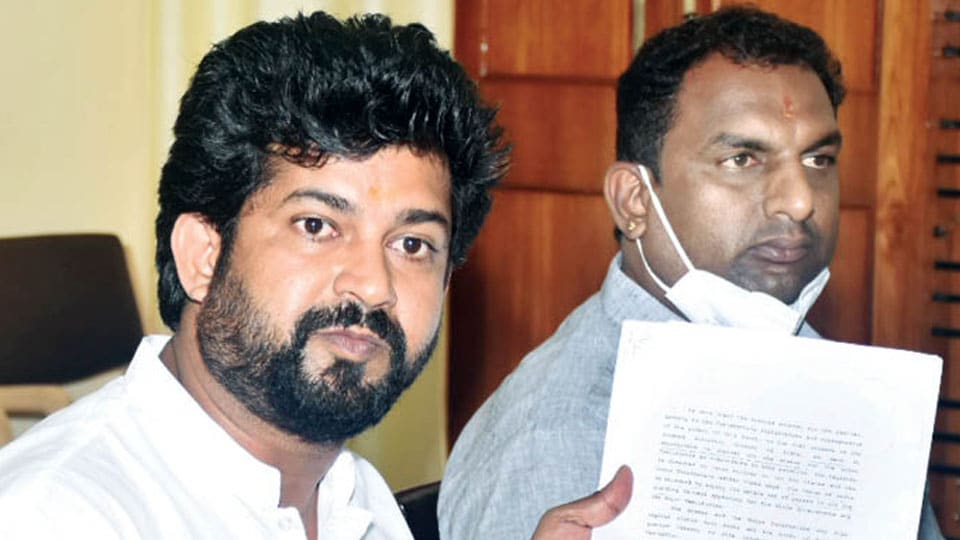 Mysore/Mysuru: Chief Minister Basavaraj Bommai will intervene and direct the Mysuru District Administration to halt the demolition of religious structures and withdraw its list of 93 structures in public places that are set to be razed. There will be no more demolitions in Mysuru giving the excuse of a Supreme Court  (SC) order, said MP Pratap Simha.

Addressing reporters at Jaladarshini Guest House this morning, the MP said that the CM had spoken to him today and has responded positively. “The CM spoke to me over phone this morning regarding demolition of Temples and said that he will instruct the Officers to halt all demolitions. A new list will be prepared after considering each structure on a case-to-case basis and no structure will be demolished,” Simha said.

The CM has assured the MP that after each of the 93 structures that have been identified for demolition is examined in detail if there is a chance for relocation and regularisation, a fresh affidavit will be submitted before the Apex Court.  “The Officers of Mysuru have misconstrued the SC order and are selectively targeting Temples. This is not acceptable and we will not allow it,” the MP added.

“The CM has understood the sensitivity of the issue and I told him how Uchchagani Aadishakthi Mahadevamma Temple in Nanjangud that has a history of over 500 years was razed overnight based on the orders by the Tahsildar. The CM has promised action against the Tahsildar,” the MP added.

“The Supreme Court has said that only those structures that have come up in public places after 2009 will fall under its order. That too, the Court has said that structures have to be demolished only if other solutions like relocation and regularisation is not possible. Officers have to examine each case individually. Unfortunately in Mysuru, certain over-enthusiastic officers have targeted only Temples but have ignored the rest,” Simha charged.

9 COMMENTS ON THIS POST To “CM to halt demolition of religious structures: MP”