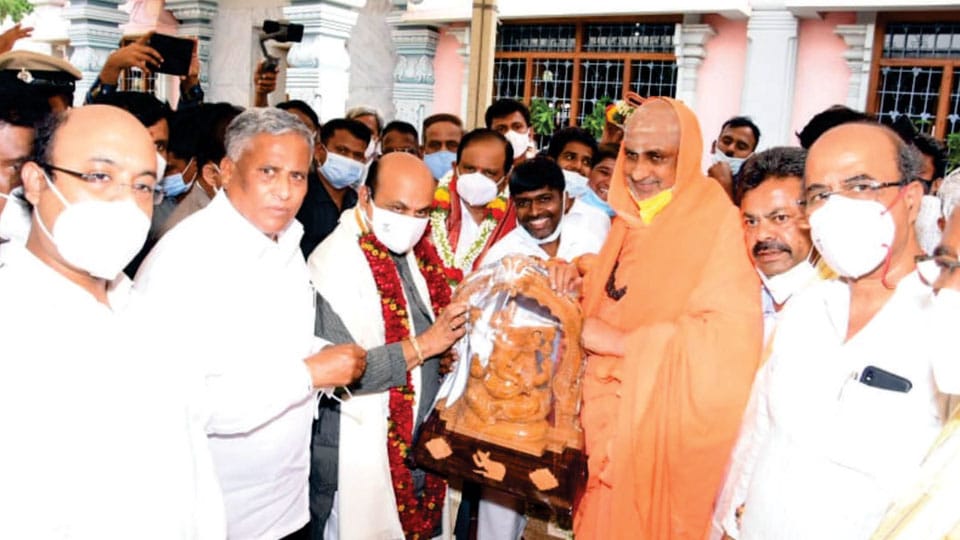 Nanjangud: A traditional welcome was accorded to Chief Minister Basavaraj Bommai when he arrived at Suttur Srikshetra in Nanjangud taluk to seek the blessings of Suttur Seer Sri Shivarathri Deshikendra Swamiji here yesterday.

As he arrived at the Mutt, he was welcomed with poorna kumbha, dolu and puja kunita troupes. The CM first offered puja to the Kathru Gaddige of Adijagadguru Shivayogi. Then he called on the Suttur Seer and spent ten minutes with him. This was the first visit of Bommai after assuming the post of Chief Minister. The Seer presented the CM with a sandalwood idol of Lord Ganesha and blessed him.