Home » News » Babus carry heavy files to CM but take them back! 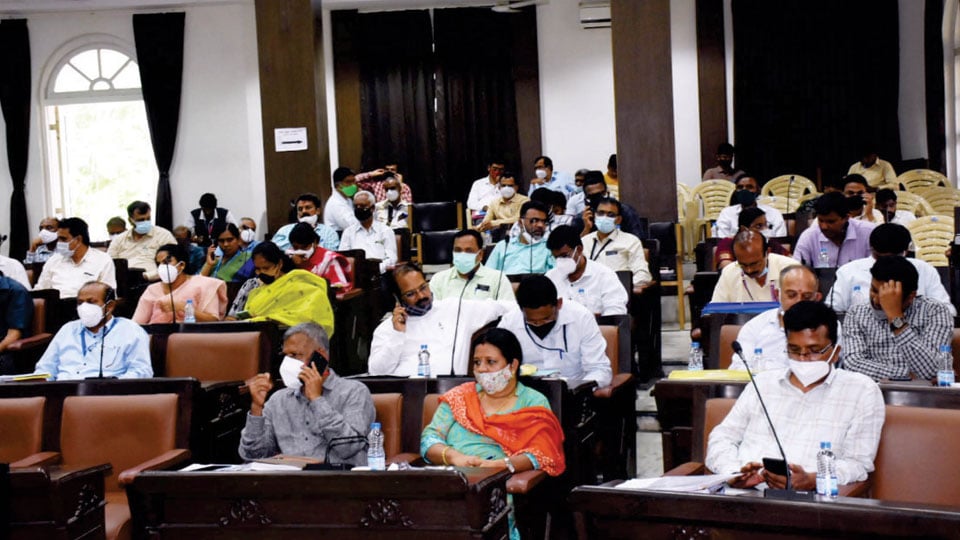 Babus carry heavy files to CM but take them back!

Mysore/Mysuru: It was touted as the first Departmental progress review meeting that would be chaired by Chief Minister Basavaraj Bommai at Abdul Nazeer Saab Hall inside ZP Office yesterday. Many Ministers were also scheduled to be a part of the meeting.

In their enthusiasm to present data before the CM, officials from all the Departments had brought heavy files to the venue but did not get a chance to earn brownie points from CM. They had to return with the files and dump the same on their desks.

All the officials, smartly dressed, had assembled at the venue four hours before the meeting started and all were eagerly waiting for the CM as this was not a meeting to be missed. They had been asked to carry all files so that none of the data was missed.

So heavy were the files that officers summoned their assistants too to carry them to the meeting hall. The files contained details on the progress achieved by their respective Departments and the babus were waiting for a volley of questions from the CM and the Ministers.

However, the CM and the Ministers came to ZP Office at 12.30 pm and held a closed-door meeting with District-level officers, MLAs and Heads of a couple of crucial Departments. But the CM did not meet other Departmental Heads.

At 2 pm, the officials were told that only media personnel must be present at Abdul Nazeer Saab Hall and all officials could go back. Realising that the CM was not going to meet them, they had to return to their respective chambers and sections disappointed.