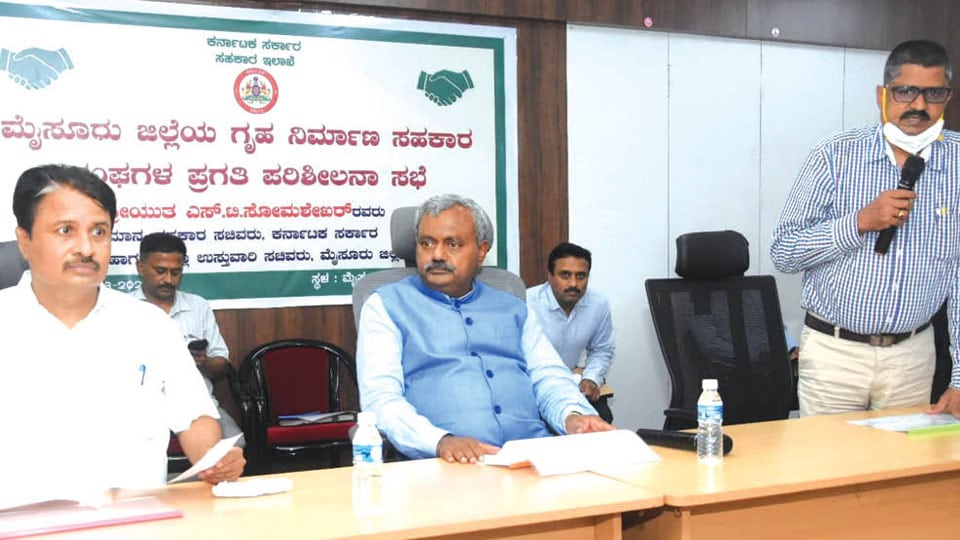 Mysore/Mysuru: Asking Housing Co-operative Societies to come with a representation if there was any need for amendment of Housing Laws, Co-operation Minister S.T. Somashekar, who is also Mysuru District Minister, assured that the Government will take measures to address the problems of Housing Societies.

He was addressing a meeting of representatives of Mysuru District Housing Co-operative Societies’ Association at MyMUL (Mysuru Milk Union Limited) Dairy premises on Bannur Road in city on Wednesday last.

Noting that it is wrong to see all Housing Co-operative Societies with suspicion just because a handful of Societies may have indulged in financial irregularities, Somashekar said that action will be initiated against such Societies which cheat gullible members.

Asserting that he always supports Housing Co-operative Societies that function as per the law, he said that a meeting of Power, KIADB, PWD and other stakeholder Department officials will be held next month  to discuss in depth about addressing infrastructure issues in residential layouts.

Stating that it has come to his notice that some sections of the public are opposed to MUDA’s Group Housing plans, he said that the matter will be brought to the notice of the Government, following  which the issue will be discussed with members of the public.

MUDA Chairman H.V. Rajeev and others were present.