Home » News » Coalition Government on the brink of collapse 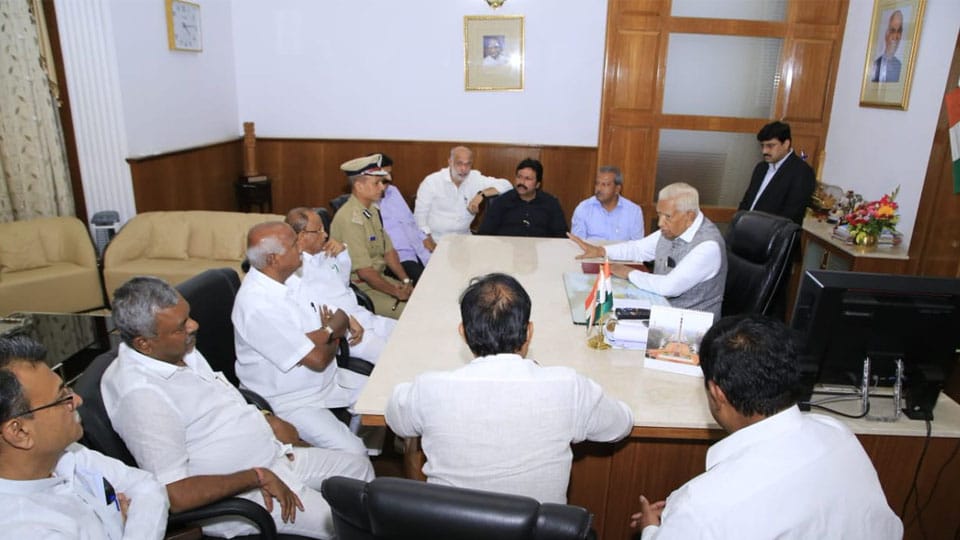 Coalition Government on the brink of collapse

Bengaluru: Crisis in the coalition Government in Karnataka deepened a day after auspicious Ashada Shukravara as 15 MLAs walked into the Speaker’s chambers in Vidhana Soudha this noon to tender their resignations, pushing the 14-month-old Government into a brink of collapse.

The MLAs move comes at a time when Chief Minister H.D. Kumaraswamy is still in the US attending Vokkaliga events. 15 MLAs have decided to resign and more MLAs are likely to join them by evening. With this, the collapse of the much-touted coalition Government is certain before Kumaraswamy returns.

Surprisingly, the first group of eight MLAs, who arrived at the Speaker’s Chamber, included Hunsur MLA and former JD(S) President A.H. Vishwanath who resigned last couple of days back citing absolute lack of coordination between the coalition partners Congress and JD(S).

They entered Speaker K.R. Ramesh Kumar’s chamber at around 12.30 pm and were waiting there for the arrival of the Speaker. Ramesh Kumar, however, was in Jayadeva Hospital attending to one of his ailing relatives and had left Vidhana Soudha before the MLAs arrived. The aides of the eight MLAs told Star of Mysore that the MLAs would wait for the Speaker and hand over their resignations to him personally as per protocol.

The number of Congress MLAs who were to resign is 10 while the JD(S) is 3 taking the total to 13. Along with this, two Independent MLAs — R. Shankar (Ranebennur) and Nagesh (Mulbagal) who were inducted into Kumaraswamy Cabinet recently — have also decided to resign, sources said. Interestingly, Munirathna, S.T. Somashekar and Byrathi Basavaraju are hard-core loyalists of former CM Siddharamaiah who ironically is the Chairman of the Coalition Coordination Committee.

With this, the number of MLAs resigning goes up to 15 and the strength of coalition government reduced to 102 from the existing 117. If all the resignations are accepted, the strength of the Assembly will be reduced to 209 in the 224-member Assembly. The BJP has 105 members.

Meanwhile, CM Kumaraswamy, as per his itinerary, is to return from the US late night tomorrow. Following the crisis, he might change plans to return tomorrow afternoon, sources said. In his attempt to diffuse the crisis, Congress trouble-shooter D.K. Shivakumar arrived in Vidhana Soudha at 2 pm to persuade the MLAs who are waiting in front of the Speaker’s Chamber.

Deputy Chief Minister G. Parameshwara and D.K. Shivakumar have called an emergency meeting of Congress Bengaluru MLAs and Corporators later today at 5 pm. If MLAs don’t change their decision, Congress might move the Supreme Court. During the government formation, individual MLAs had given an affidavit to SC saying their support is for the Congress and JD(S).