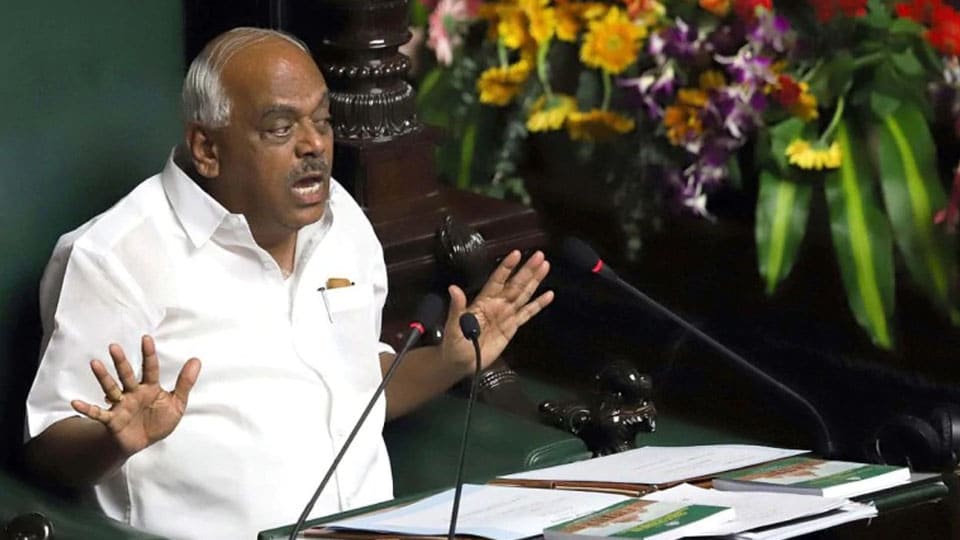 Bengaluru: With Speaker K.R. Ramesh Kumar yesterday serving notice to the 15 JD(S)-Congress rebel MLAs who have quit, to appear before him by 11 am today (Tuesday) in connection with the disqualification petitions filed by the two parties, the rebel law-makers, who are said to be camping at a Hotel in Mumbai, are learnt to have sought a four-week time to appear before him.

Meanwhile, Congress leader D.K. Shivakumar (DKS), speaking at the Session today, said, “BJP has a mandate to run the country. You have an opportunity to change a system where horse-trading is the norm of the day. Take the lead and we will be with you. End this murder of democracy.”

“I congratulate Mr. Yeddyurappa, the star of Operation Lotus,” he said, in a tone of mock appreciation and added, “You are making a seventh untiring attempt to bring down the Government.”

Another Congress leader U.T.  Khadar said that the trend of engineering defections to topple the Government has created political instability in the State. “In your quest for power you are weakening Anti-Defection Law, which will have long-lasting implications,” he told the BJP.