Home » News » I did not have biriyani with IMA fraudster: CM 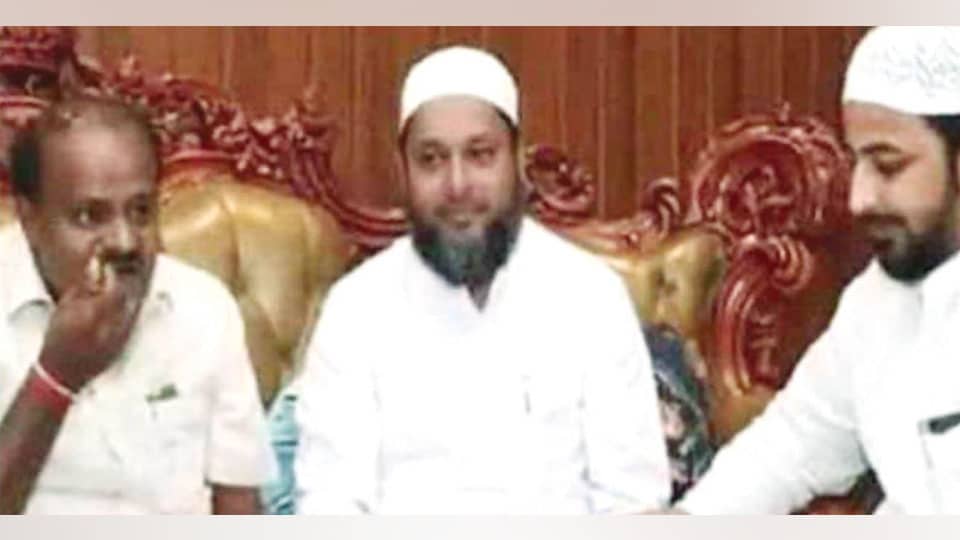 I did not have biriyani with IMA fraudster: CM

Bengaluru: Maintaining that he did not eat Biriyani along with IMA (I Monetary Advisory) head Mohammed Mansoor Khan, Chief Minister H.D. Kumaraswamy has said that he ate only Kharjoora (dates).

Replying to BJP MLA C.T. Ravi’s dig at him for attending a programme organised by IMA and having ‘Biriyani’ with its founder Mansoor Khan, Kumaraswamy denied the allegations, said that he has stopped eating Biriyani after two cardiac surgeries.

On attending an IMA programme, he said that he was forced by MLA Roshan Baig to attend an Iftaar meet organised by IMA. Asserting that it was due to the MLA’s insistence that he met the IMA Founder, the CM said that he did not eat Biriyani as he had quit non-vegetarian after heart surgeries, but only ate dates. Claiming that he was not acquainted with Mansoor Khan, the CM reiterated that the Biriyani incident was not true.

Pointing out that a Special Investigating Team is probing the IMA case and the officials are given a free hand to probe, he said that the coalition Government will not compromise with those who steal money from the poor.

IMA Founder who was picked up from the Delhi Airport a few days ago, underwent  a medical check up at Bengaluru’s Jayadeva Hospital yesterday.

A Bengaluru Court had sent Khan to a 3-day custody to the Enforcement Directorate (ED) on July 20 in connection with PMLA case.

Even as the ED took him into custody, Khan complained of chest pain, following which he was taken to Jayadeva Hospital for a check up. Khan underwent ECG and other tests and the doctors have suggested admission to the hospital, according to sources. Mansoor Khan reportedly fled India on June 8 after the IMA multi-crore scam broke out.

READ ALSO  Kodava ethnographic survey to be a scientific one

Thousands of people have invested nearly Rs. 2,000 crore in the IMA, after the Company promised them a ‘Halal’ investment option with high returns.