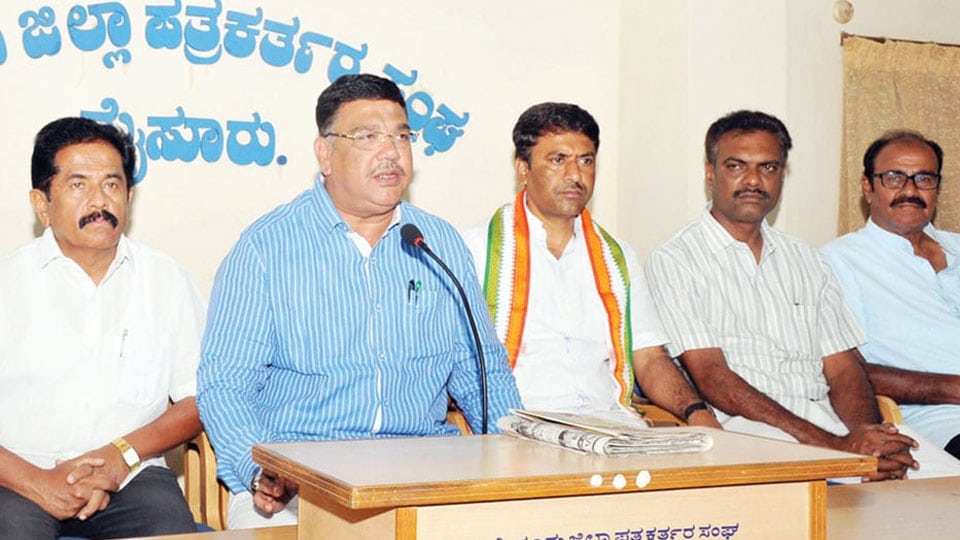 MLAs are not saleable commodities: Sait

Mysuru: Dismayed over today’s political developments in the State that has threatened to rock the JD(S)-Congress Coalition Government, Narasimharaja MLA Tanveer Sait has said that MLAs were not trading commodities who could be purchased. Speaking to SOM this afternoon on reports that over a dozen MLAs from coalition would put in their resignations today, Tanveer, a Congress MLA, said that the people have elected the Legislators to serve them. But getting traded is an insult to the voters, he said and added that once elected, the Legislators should look forward only for serving the people and must not do things of this sort.

Pointing out that the majority of the Legislators who were reportedly quitting were followers of a leader who strongly advocates Social Justice, an indirect reference to former CM  Siddharamaiah, Sait said these Legislators seems to have ditched their leader.

He further said that ‘Emergency’ and not election, was a solution to such type of hopping politics.

Krishnaraja BJP MLA S.A. Ramdas said that he was in ‘action’ overseeing the BJP’s membership drive and would not ‘react’ to the political developments happening right now.

Maintaining that it was not the right time for ‘reaction,’ Ramdas said he had nothing to say for now and he would continue with his commitment to work for the people.

District Minister G.T. Devegowda dismissing the resignations as mere speculations, said that Prime Minister Modi will not do anything to destabilise the government, as doing so will bring a bad name to him at a time when he is fresh from the BJP’s massive victory in LS polls and his re-elction as the PM. As such, there is no threat to the coalition government, he maintained.

Chamaraja BJP MLA L. Nagendra said that Legislators of the ruling coalition who are upset with the style of functioning of the coalition government are now coming out on their own to quit the Assembly.

Maintaining that the BJP had not indulged in ‘Operation Lotus’, Nagendra said the JD(S) and Congress MLAs were quitting voluntarily as they were upset over being sidelined and the BJP has nothing to do with this.

He reiterated that the BJP would not resort to Operation Lotus to bring down the coalition government.