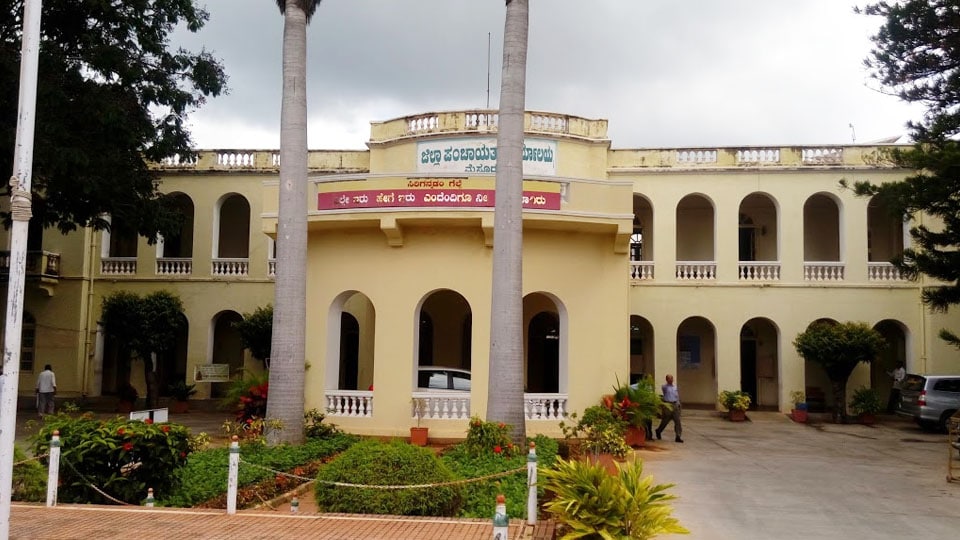 Coalition partners to continue alliance at Zilla Panchayat too

Mysuru:  With the election of President and Vice-President of Zilla Panchayat (ZP) scheduled on Feb. 23, the Congress-JD(S) alliance governing the State seems to be keen on continuing the alliance at Zilla Panchayat to assume the reins of power.

Congress has resolved to stick to JD(S) in the hung Mysuru ZP. A meeting of Congress members of the Mysuru Zilla Panchayat was held at Jaladarshini Guest House in the city yesterday and a decision was taken to go with the JD(S) in accordance with the two secular parties’ alliance at the State-level. The meeting was chaired by MP R. Dhruvanarayan.

After the 2016 ZP elections threw up a hung house with the Congress and JD(S) bagging 23 and 18 seats respectively in the 49-member house, the JD(S) aligned with the BJP and assumed control of the ZP. The elections have become necessary as JD(S) member Nayeema Sultana and BJP member Nataraj resigned after their tenures.

Mysuru District Congress President Dr. B.J. Vijaykumar said a tie-up with the JD(S) was inevitable in the light of the two parties facing the coming Lok Sabha polls together.

Dhruvanarayan said the alliance between the Congress and JD(S) had been discussed at the co-ordination committee meeting in Bengaluru recently with former CM Siddharamaiah seeking the post of President for the Congress. As per the Government’s decision the ZP President post is reserved for ‘Backward Class (A) Women’ and Vice-President’s post for ‘General Category’. During the meeting, it was learnt that the aspirants for the President’s post are Jayamma (Gargeshwari), Latha Siddashetty (Badanavalu), Savithramma (Gavadagere), Kousalya Lokesh (Kampalapura) and C. Mani (Ravandur). The aspirants for the post of Vice-President are Manjunath (Talkad), Srikrishna (Hampapura) and Achutananada (Hebbal).

Though Congress leaders claimed the JD(S) leadership had agreed to the alliance, CM  Kumaraswamy, during his visit to Mysuru, said the issue of sharing power was left to the local leaders.

Speaking to the press later, Dhruvanarayan said that the meeting was conducted at the behest of former CM Siddharamaiah to whom a report would be submitted. He added that the final decision regarding the candidate would be taken by Siddharamaiah.