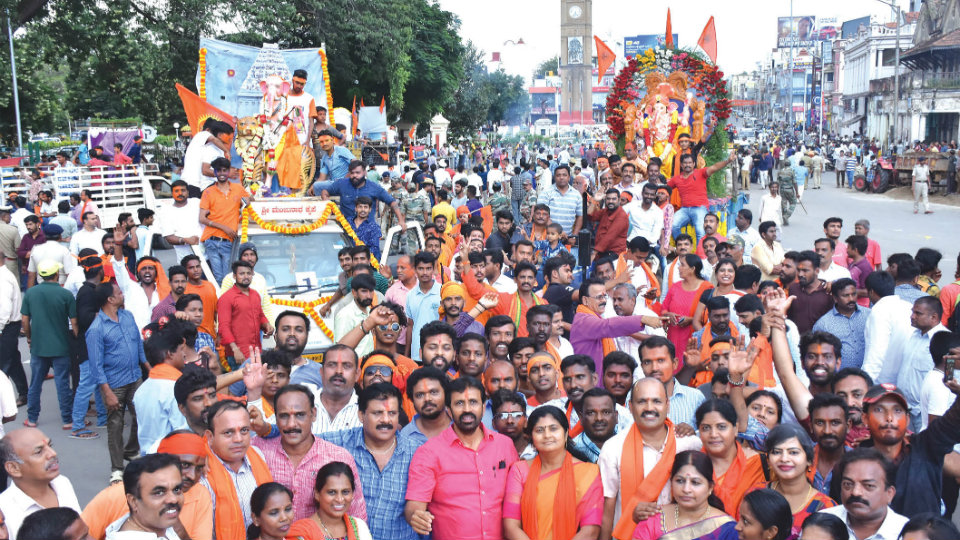 A number of decorated vehicles carrying Ganesha idols amidst beating of drums accompanied by a host of folk troupes passed through Ashoka Road to reach Kote Anjaneyaswamy Temple from where they continued their journey through D. Devaraj Urs Road and JLB Road to reach Sai Baba Temple in Srirangapatna, where the idols were immersed in Kaveri river.

In view of large number of people participating in the procession, City Police headed by Police Commissioner K.T. Balakrishna had made elaborate security arrangements with tight Police bandobast.

Speaking on the occasion, Hindu Jagarana Vedike State Sanchalak Keshavamurthy said that Shivaji and Bal Gangadhar Tilak had called for widespread Ganesha Chaturthi celebrations in order to create patriotic fervour among the citizens.