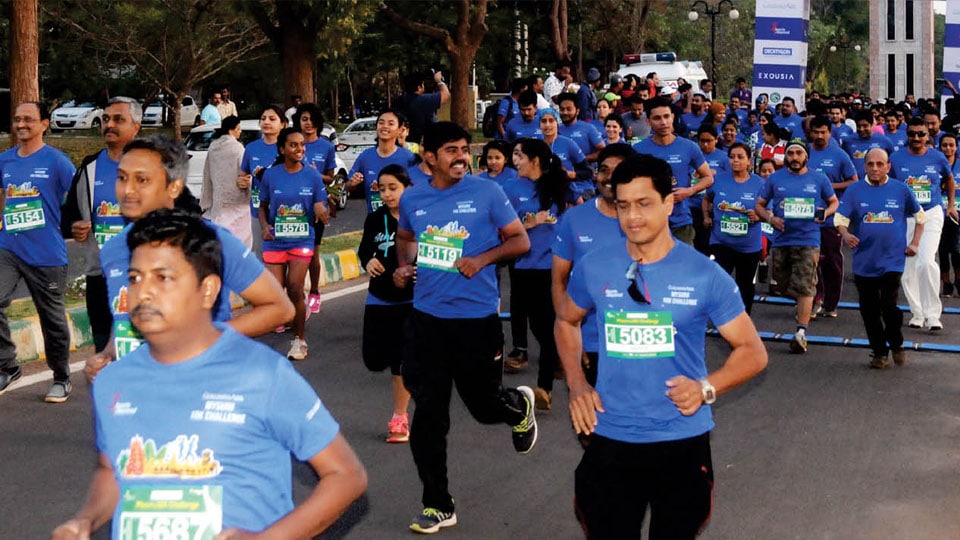 Mysuru: Columbia Asia Hospital, Mysuru, in association with Sports and Beyond, had organised a 10 Km Challenge Run in city this morning with the theme ‘Give way to save life.’ The aim of the campaign was to create awareness among the citizens to give way for ambulance movement in emergencies and help in saving lives as time is very crucial for the patient and he or she needs to reach the hospital as soon as possible for treatment. The Marathon run also had a 5 km run and a 3 Km run category.

The run was flagged off at the Centenary Clock Tower in Manasagangothri premises at 6.30 am by International Marathon Runner O.P Jaisha and Mysuru Deputy Commissioner  D. Randeep.

Jaisha said, “Fitness is very important for being successful. When one focuses on his/her physical well-being, then they will be developing their mental and physical senses as well. This campaign by Columbia Asia of blending fitness along with a noble cause is commendable and we need to spread this message as ‘One life saved means humanity saved.”

DC Randeep, speaking on the occasion, said, “We are overwhelmed to be a part of this run organised by Columbia Asia which has received good response from the Mysureans. The event will give insight and remind citizens of their responsibilities and will make them realise to give way for ambulances. And this awareness was our prime motto.”

Col. Rahul Tewari, General Manager, Columbia Asia Hospital, Mysuru, added that this was the second season being organised by the Hospital in Mysuru and the event would be a part of the annual sporting calendar of Mysuru henceforth.

About 1,300 participants belonging to various age groups took part in the run.

While the 10 K run saw active participation from various age groups, there were two tiny-tots who paced between the other tall participants and stole the limelight. Shashank Keshav Rao (7 years) and Aaditya Raghav Rao (10 years) completed the 10K Challenge Run with grit and determination at such a very young age. They were the youngest runners in the pack for the  10 K Challenge Run. 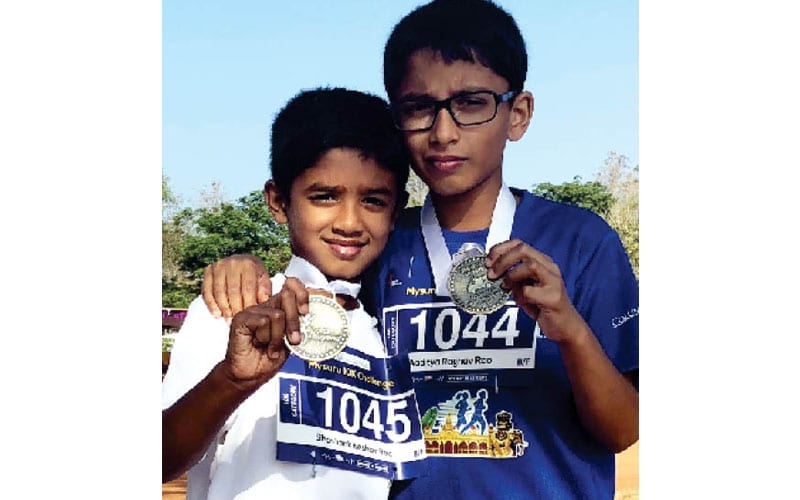