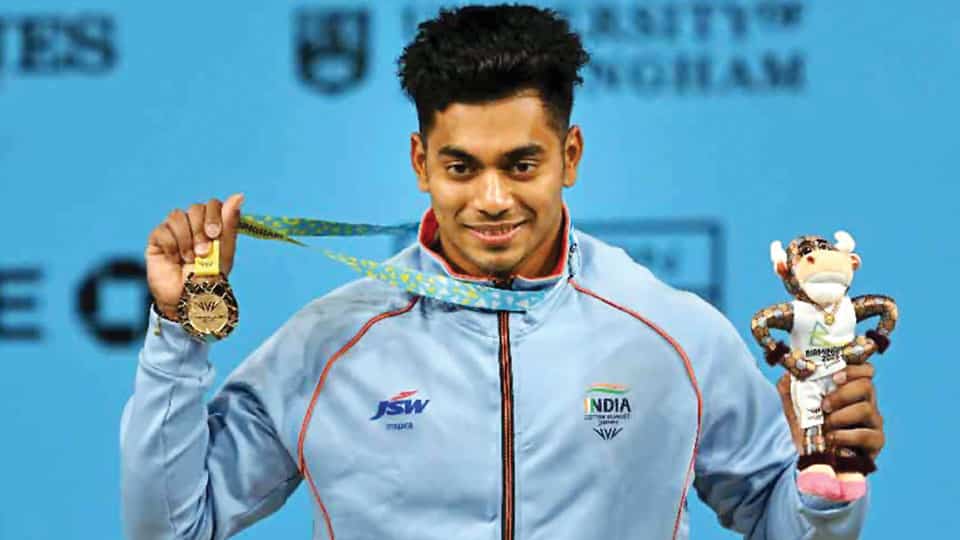 Weightlifters have been the star performers for India at the 2022 Commonwealth Games so far, and the trend continued on day 3 as 20-year-old Achinta Sheuli smashed the Games record by lifting a total of 313kg to win the gold medal in the men’s 73kg category. Sheuli first broke the Games record twice in the Snatch round, lifting 140kg and 143kg. He then lifted 166kg and 170kg in the clean and jerk round to register a Games record for the overall weight.

Heading into clean an jerk with a five kilogram advantage, the Kolkata lifter started with a 166kg lift, which he hoisted easily.

Sheuli then faltered his 170kg attempt only to heave the weight in the third attempt and create a new Games record in total lift (313kg). He had to wait patiently towards the end to find out what medal he’d take home as the Malaysian attempted a 176kg lift in his last two attempts only to fail.

With the gold from Sheuli, Indian weightlifting contingent has bagged its sixth medal of the Games. Earlier in the day, 19-year-old Jeremy Lalrinnunga won gold in men’s 67kg category.