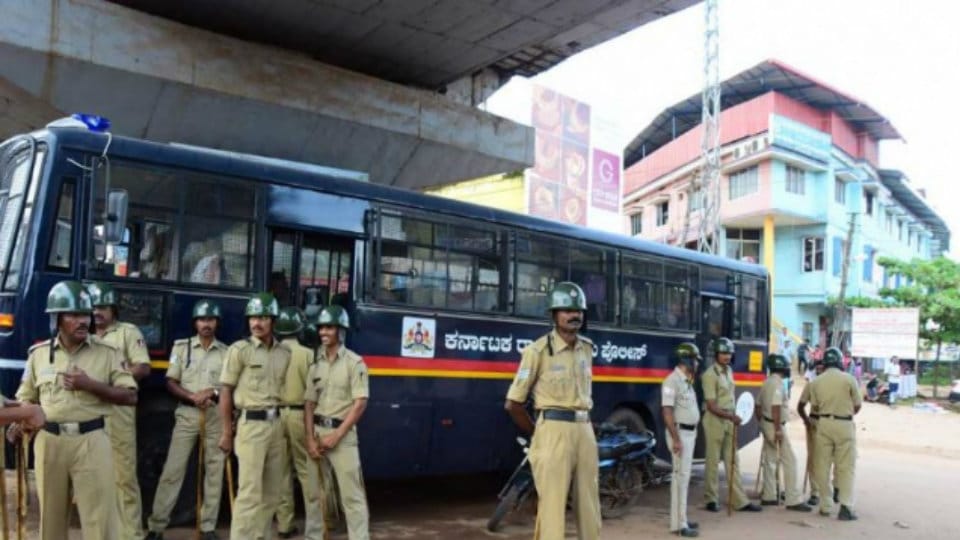 Mangaluru: Mangaluru Police have clamped prohibitory orders under Section 35 of Karnataka Police Act in Mangaluru City Police Commissionerate limits from 6 am on July 16 to midnight of July 30.

Accordingly, people in the city will not be allowed to carry or transport weapons, sticks, knives, mace, pistols, rifles, latis or any type of equipment that may be used for assault.

Using posters and pictures or any other materials that may instigate crime also has been prohibited during    the period.