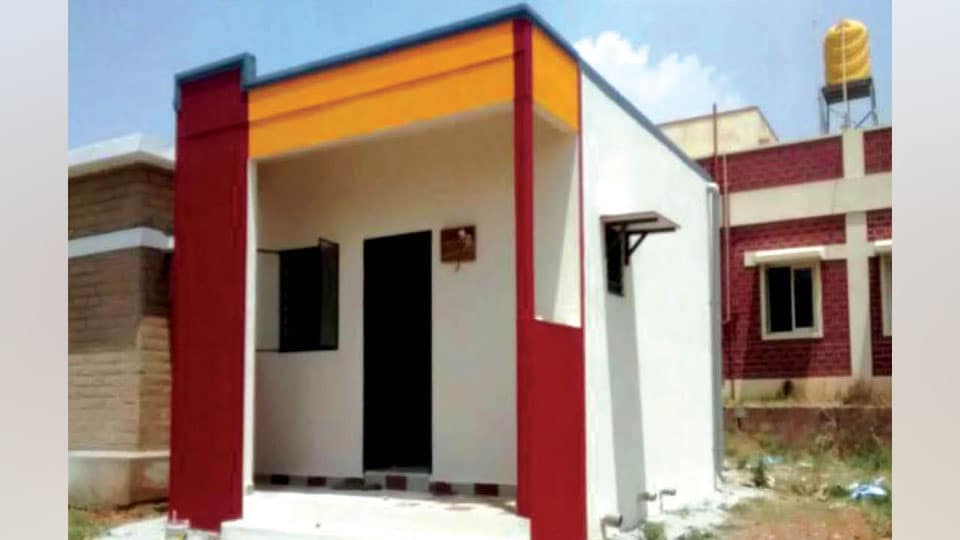 Madikeri: To provide the much-needed assistance to those who lost their homes in Kodagu, the State Government will use composite material house construction technology to complete construction.

Targeted to replace wood, steel and concrete block and dramatically shorten build times in the residential housing market, the technology is touted as the means to create more damage-resistant structures in areas prone to floods, landslides, earthquakes and termite infestation.

Kodagu Deputy Commissioner P.I. Sreevidya has approved construction of 2 BHK demo houses to be built using composite material. The DC, on Sept.6, approved the construction and has identified land at K. Nidugane and Madapura villages in Madikeri and Somwarpet taluks respectively.

Former National Aerospace Laboratories (NAL), Bengaluru, scientist R. Gopalan, who is also the Director and CEO of Society for Development and Composites, has been assigned the task to construct the houses.

Special Deputy Commissioner Jagadish said that the Society for Development and Composites has promised to construct houses within a month by using the latest technology. The work on levelling the land at Madapura in Somwarpet taluk and K. Nidugane in Madikeri taluk is under progress. “The houses have been designed to suit the environment in the district and will have two bedrooms, a hall, and kitchen,” he added.

The houses, mooted by NAL scientist R. Gopalan, are light-weight and flood-resistant made of composite materials. Material used in light-weight combat aircraft will be employed to build the houses, to replace brick and mortar as construction material. 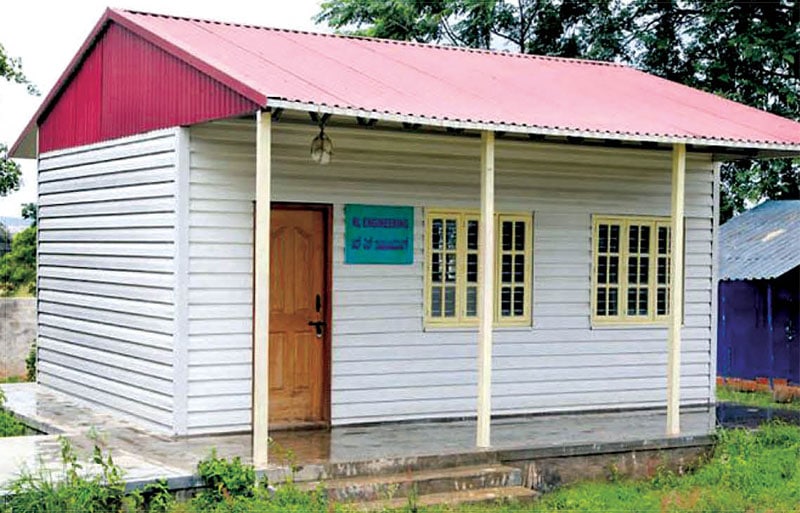 According to Dr. Gopalan, structures constructed using brick and cement increases the load on the soil, which is not good for houses prone to natural disasters. “Across the world, people are building houses using composite materials, which have high durability compared to traditional brick and cement. The weight of these houses is 1/100th of the traditional structures. Houses built using composite material can be constructed in just a few hours,” he said.

Fibre Composite Panels (FCPs) are used to build structures without the need for concrete, wood or steel and with significant savings in cost and time to build and a standard house can be constructed from prefabricated elements in one  to three days.

The FCPs are load-bearing, insulating panels with structural skins made of high-strength E-glass fibre fabrics impregnated with a fire-resistant resin. These construction elements support the structure and each other, eliminating the use of beams.

On the earlier plans of the Government to use pre-fabricated houses like Indira canteens to construct houses, Gopalan said pre-cast cement slabs used in Indira canteens are very heavy and require use of cranes to construct homes. Knowing the soil condition of the flooded areas, it is advisable not to use heavy structures in Kodagu, the scientist said.

Light-weight material gives excellent thermal insulation unlike Indira canteens, which will be like a hot oven.  Gopalan, along with other scientists, travelled across Kodagu to assess the situation. The team has constructed 65 taluk hospitals in North Karnataka within a span of five months and has built houses in flood-affected areas of the region.

No takers for sheds

The model sheds that were kept for public display at Gandhi Maidan in Madikeri has received negative response from the flood victims. The Kodagu District Administration had planned to construct such sheds for the flood victims. 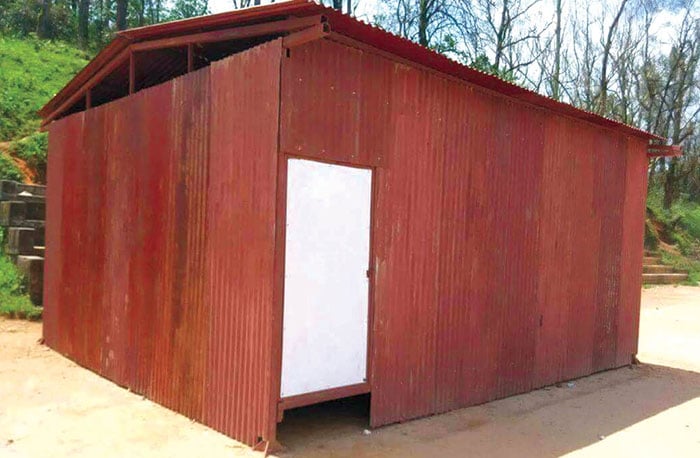 No takers for sheds

These sheds have been made out of zinc sheets and the flood victims feel that such sheets absorb heat and heat will be unbearable. They have also conveyed to the administration that there is no ventilation in the sheds and as such, it would be difficult to live in those houses.