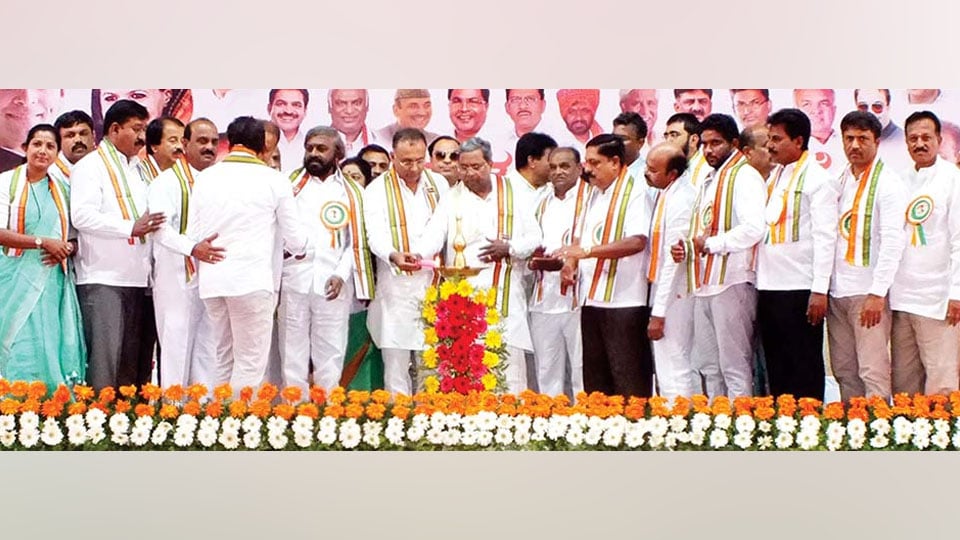 Chamarajanagar : Congress yesterday launched the poll campaign in Chamarajanagar by organising a massive ‘Parivartana Rally’ at B.R. Ambedkar Stadium. Addressing the gathering, former CM Siddharamaiah claimed that all the 165 pre-poll promises made by the Congress were fulfilled during his five years as Chief Minister.

Lashing out at Prime Minister Narendra Modi for failing to fulfil any of his pre-poll promises, Siddharamaiah challenged the PM to come out with a white paper on his achievements.

MP R. Dhruvanarayan said that he had strived a lot for the development of the Constituency. Maintaining that he had taken all communities along as an MLA and MP since the last 15 years, the Chamarajanagar MP listed out his achievements and said that he played a key in the setting up of a Kendriya Vidyalaya, an Agriculture College and a Medical College at Chamarajanagar.