Home » News » Clamour for Rahul Gandhi to contest from Karnataka 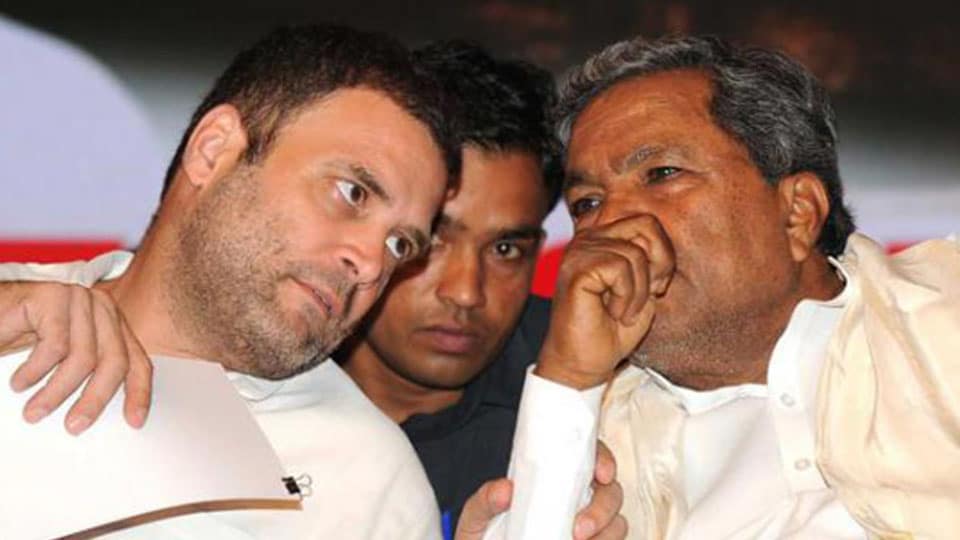 Clamour for Rahul Gandhi to contest from Karnataka

Bengaluru: Congress leader Siddharamaiah asked party President Rahul Gandhi to contest the Lok Sabha elections from Karnataka, maintaining that such a move would befit somebody who’s poised to become “the next Prime Minister of India”.

“Karnataka has always supported & encouraged @INCIndia leaders. This has been proved in the case of Smt Indiraji & Smt Soniaji. We also want our next Prime Minister of India Shri Rahul Gandhi to contest from Karnataka & herald a new developmental paradigm,” the Congress Legislature Party leader tweeted with the hashtag #RaGaFromKarnataka.

Fellow leader Dinesh Gundu Rao followed up with a similar plea soon after. “On behalf of @INCKarnataka, I urge Rahul Gandhi to consider contesting from Karnataka for the forthcoming Lok Sabha Elections. He should also be our representative from South India & for that he should choose my State,” he tweeted.

If sources are to be believed, Mysuru-Kodagu LS constituency is being showcased for Rahul Gandhi to contest. The Congress has already announced that Rahul will contest from Amethi and Sonia from Rae Bareli, the party’s traditional strongholds in Uttar Pradesh.