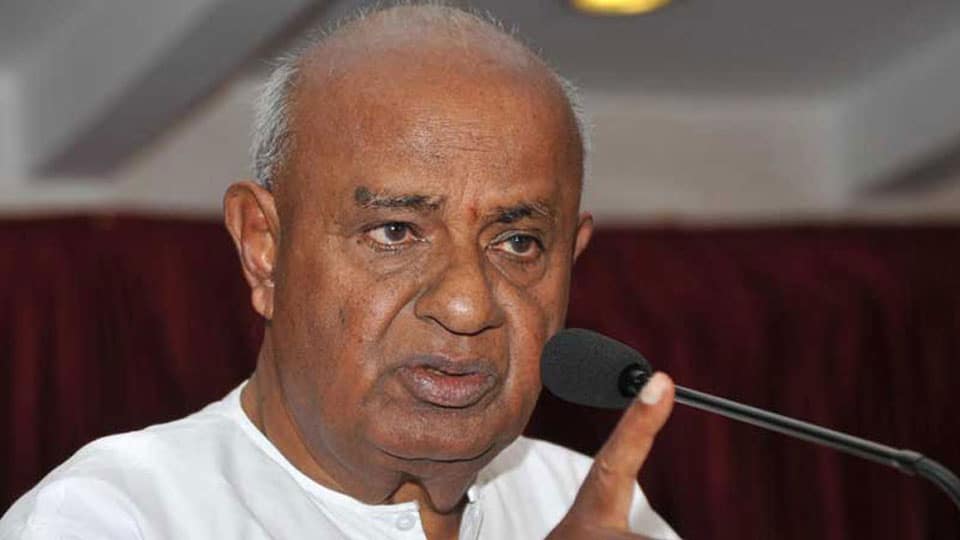 Congress and JD(S) leaders representing Assembly segments in Bengaluru North discussed strategy to ensure Deve Gowda’s victory. Minister for Law and Parliamentary Affairs Krishna Byre Gowda said, as there were seven MLAs from the Congress and the JD(S) in the constituency, Deve Gowda’s victory would not be difficult. He said he would appeal to Deve Gowda to contest from Bengaluru North.

Of the eight Assembly segments in Bengaluru North, five (K.R. Puram, Byatarayanapura, Yeshwantpur, Hebbal, and Pulikeshinagar) are held by the Congress, and Dasarahalli and Mahalakshmi Layout are with the JD(S), and Malleswaram is with the BJP.

While leaders from Tumakuru claimed that they would get a lead of about 3.5 lakh votes if Deve Gowda contested from there, those in Bengaluru North claimed the lead would be 5 lakh there.

Deve Gowda is learnt to have deferred his decision.

Deputy Chief Minister Dr. G. Parameshwara also met Deve Gowda and requested him to return the Tumakuru seat to the party if he was not contesting from the constituency.

Tumakuru is currently being represented by S.P. Muddhanume Gowda of the Congress. The development came amidst simmering discontent within the Congress’ local leadership over ceding of Tumakuru seat to the alliance partner.

But the JD(S) was in no mood with parting the Tumakuru seat and Dr. Parameshwara, realising this, resorted to a tactical gambit, saying that if the JD(S) refuses to return the seat, then party Supremo H.D. Deve Gowda should contest from there.