Home » News » Congress candidate says he would introspect on his defeat 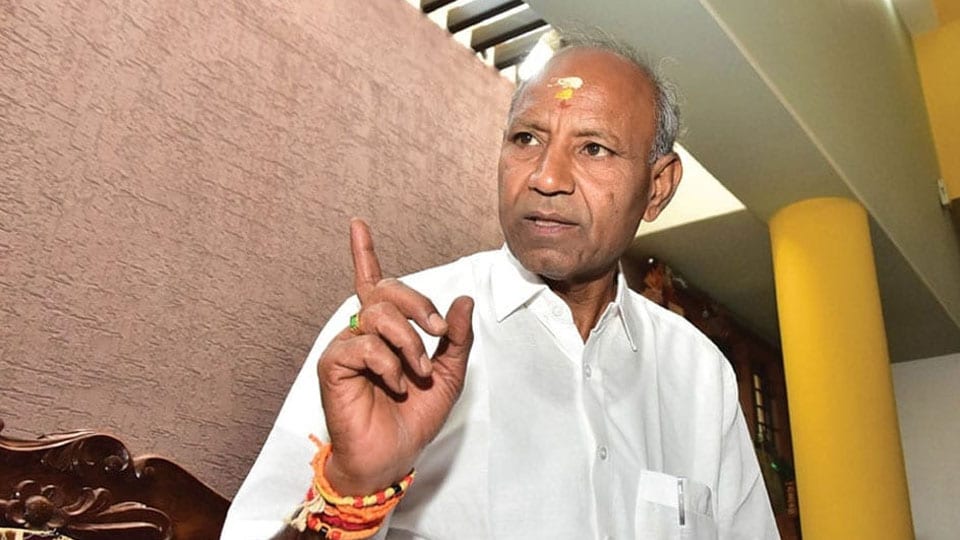 Congress candidate says he would introspect on his defeat

Mysuru: Defeated Mysuru-Kodagu Lok Sabha Congress candidate C.H. Vijayashankar has said that he would soon convene a meeting to introspect on the reasons for his defeat.

Speaking to SOM yesterday, Vijayashankar said that it would be inappropriate to issue statements based on prima facie reasons and he would soon convene a meeting of both the Congress and JD(S) workers to receive inputs on the causes of his defeat.

Expressing concern over the huge mandate for the BJP, Vijayashankar said that a strong opposition is needed for the success of democracy.

Regretting the defeat of stalwarts like Mallikarjun Kharge, Veerappa Moily, K.H. Muniyappa and H.D. Deve Gowda, he observed that the Parliament needed such tall leaders to debate key issues. Maintaining that the  rumblings in JD(S)-Congress coalition had hurt his prospects, Vijayashankar said it was up to the District Ministers of Mysuru and Kodagu to give an explanation.

Claiming that grass-root level workers of JD(S) and Congress were yet to come together although the two parties are running a Coalition Government in the State, Vijayashankar said that the two parties should learn lessons from the defeat and work with better co-ordination.

C.H. Vijayashankar
It is up to the party to give me Cabinet berth: Prasad
Would not like to blame others for my defeat: Dhruvanarayan