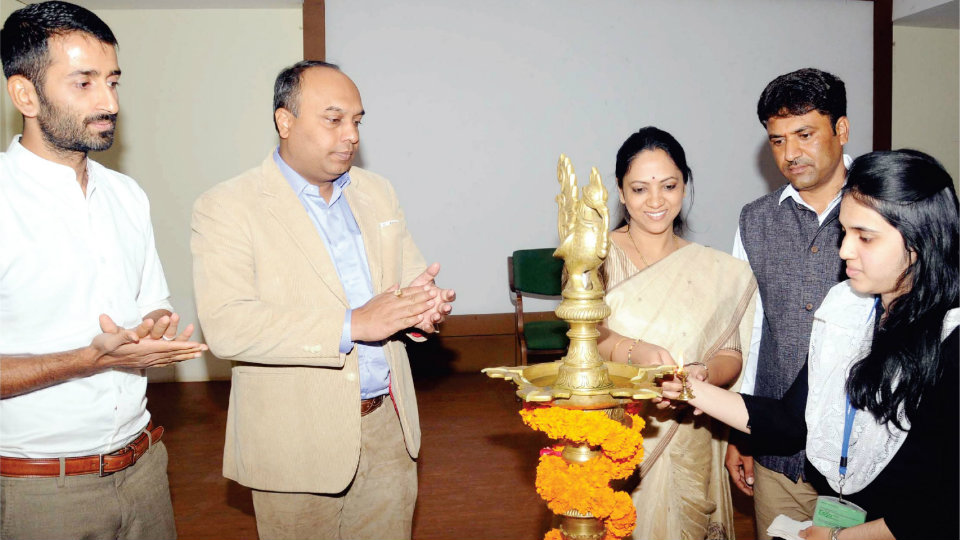 “Congress Party is committed to provide 33 per cent reservation to women in the Assembly and Parliament and the party will ensure that it will not rest till the women are provided their dues,” said All India Congress Committee (AICC)  Spokesperson and Advocate Brijesh Kalappa. He added that the Centre was opposing in providing reservation.

Kalappa was speaking at a seminar on the ‘Role of women in present politics’ organised at the Vidya Vikas Educational Trust (VVET) premises here on Wednesday.

Citing examples of Indira Gandhi and Sonia Gandhi from the Congress party, he said that his party has always sought the co-operation of other political parties including the BJP to bring women to the mainstream.

“It was Congress that provided 50 per cent reservation for women in Taluk Panchayats and Urban Development Authorities.  But unfortunately, the BJP is acting as a roadblock to reserve 33 per cent of electoral seats for women,” he said. “The BJP has accused us of being a party that demands reservation. We want to ensure that there is fairness for all and we are always for reservation to marginalised communities,” he said.

Vice President of Karnataka Pradesh Congress Committee (KPCC) Women’s Wing Dr. Nagalakshmi opined that women can face the challenges these days only with education and financial independence. “They must enter politics for the cause of the nation or they must achieve in their respective fields to make a difference,” she said.

She said that women are born leaders. Indian constitution says that every citizen is equal. But there is only 33 per cent reservation for women, she said. “Congress has always stood for reservation and women must make use of this opportunity and cleanse the society. Unfortunately, these days, we have to fight for reservation,” she added.

Secretary of VVET V. Kavish Gowda opined that it was not enough only to provide reservation for women in politics and government offices and added that even corporates and private firms must provide reservations and only then a society will prosper.

District Congress President Dr. B.J. Vijayakumar was present. A session on the effects of demonetisation and women’s equality in politics was held.