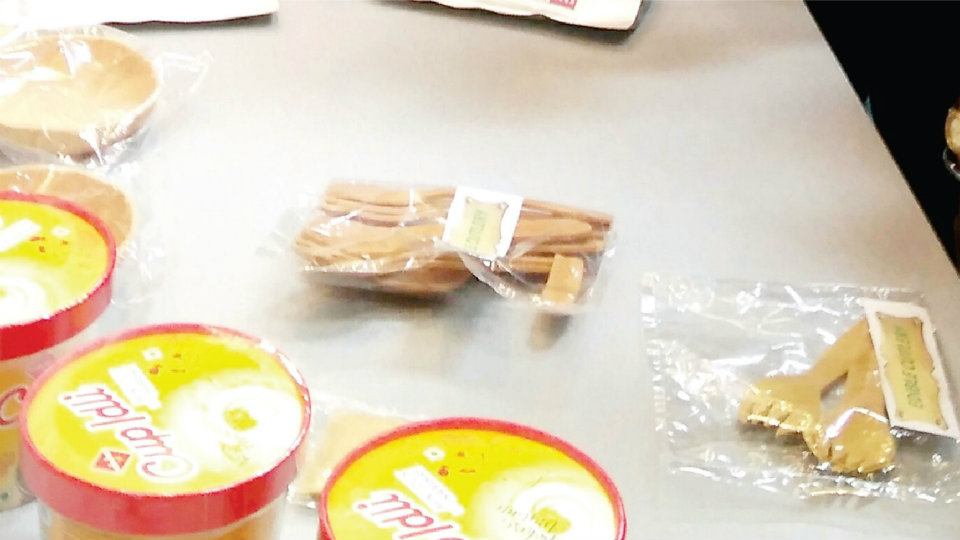 Edible cutleries of DFRL on display at Aero India Show

The Defence Food Research Laboratory (DFRL) in Mysuru, which was working on the edible cutlery for armed forces, has been successful in achieving its goal. The edible cutleries, which are considered to be alternative to regular steel cutleries, are being displayed at the ongoing Aero India Show in Bengaluru.

With the development of the edible cutleries, it is sure to help in the supply of food for the armed forces personnel working under different environment conditions. Speaking to Star of Mysore, DFRL Mysuru PRO Dr. Mallesha said that edible cutleries had been developed by a team of scientists led by Dr. K.V. Ramana of Food Bio-Technology Department.

The new developed cutleries are non-toxic and can be consumed without fear. DFRL Mysuru has developed the technology and those interested can make use of the same to manufacture edible cutleries, he added.

DFRL has made sure that the cutleries are light so that it does not be a burden to the soldiers who are carrying heavy weapons. The works on the edible cutleries began last year and the scientists are said to have used various formulas before coming out with the finished product.

Defence Minister Manohar Parrikar and other officials were served food in the edible cutleries during their visit to the Aero India Show recently.

The DFRL is awaiting the nod from the Government and once it gets the green signal, the armed forces will be able to savour the cutlery.