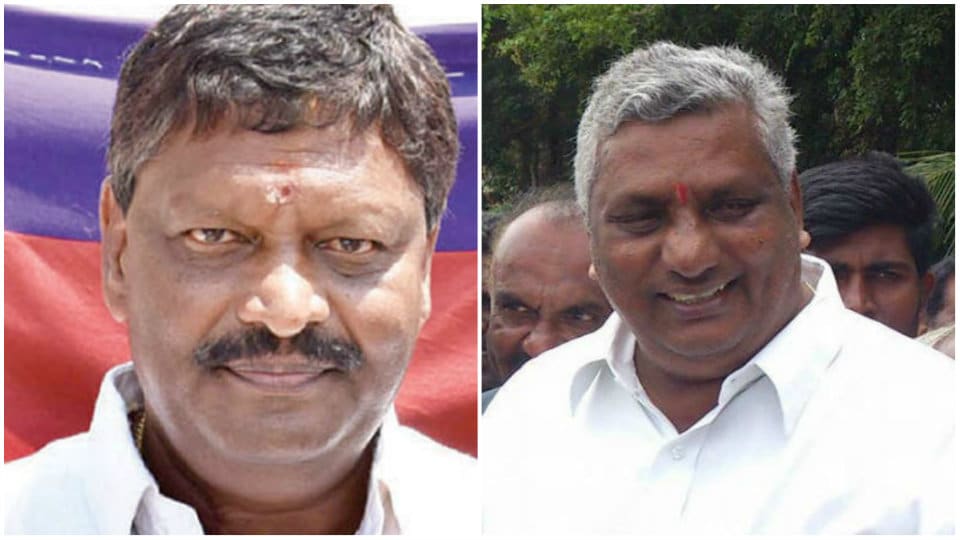 Periyapatna: The political feud between Congress and JD(S) in Periyapatna, has resulted in leaders of both the parties lodging a complaint and counter complaint against MLA K. Mahadev and former MLA K. Venkatesh at Periyapatna Police Station.

JD(S) MLA K. Mahadev, during his conversation over the phone with an officer of the Survey Department, had allegedly abused former MLA K. Venkatesh using foul language and the recording of the conversation had reportedly gone viral on the social media.

In this backdrop, Congress activists, who held a meeting chaired by District Congress President B.J. Vijayakumar, decided to lodge a complaint and finally lodged a complaint at Periyapatna Police Station.

Meanwhile, JD(S) activists have alleged that former MLA K. Venkatesh had threatened of assaulting them during a meeting of Congress activists after the results of Vidhana Sabha polls.