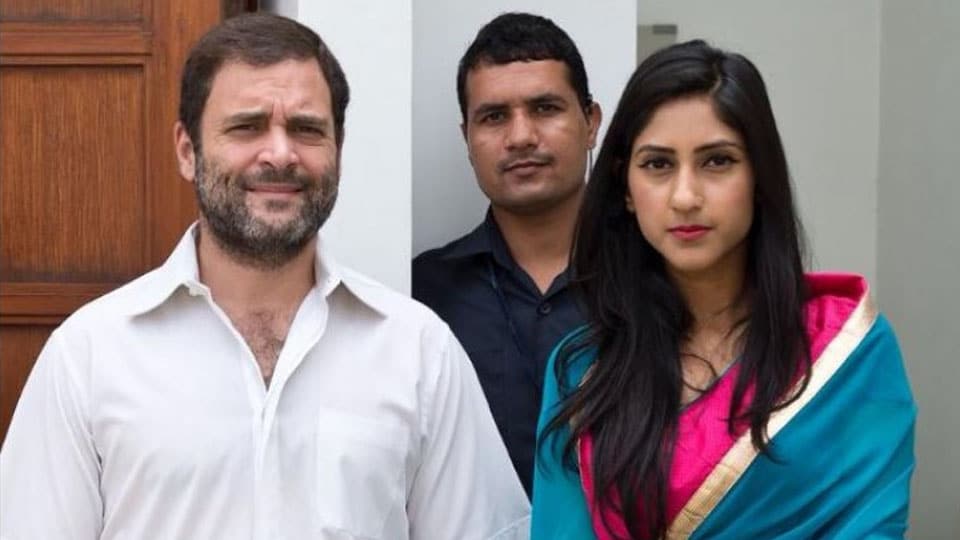 Soon after the speculations, pictures of MLA Aditi Singh and Rahul Gandhi went viral on social media with some even announcing that the marriage will be solemnised in May itself. If sources are to be believed, the rumour was first circulated on some WhatsApp groups in Raebareli.

However, Singh denied any such happening and stated that she considers Gandhi as her ‘elder brother’. “Such rumours upset me. I would like to clarify that Rahul Ji is my rakhi brother and I am really saddened by such rumours on social media,” Singh said.

The rumour mongers started sharing pictures of the two while some even congratulated Rahul Gandhi and wished him luck. A picture that shows Aditi Singh dressed in a green saree standing with a couple of people along with Sonia Gandhi, was shared the most. However, the fact is that the people seen in the photo are not from the families of either Gandhi or Singh.

Aditi Singh won her first election with a margin of more than 90,000 votes and holds a Masters in Management Studies from Duke University, USA. She returned to India to take the baton over from her father Akhilesh, a five-time MLA from Raebareli. The 29-year-old MLA is also believed to be one of Priyanka Gandhi Vadra’s closest aides.