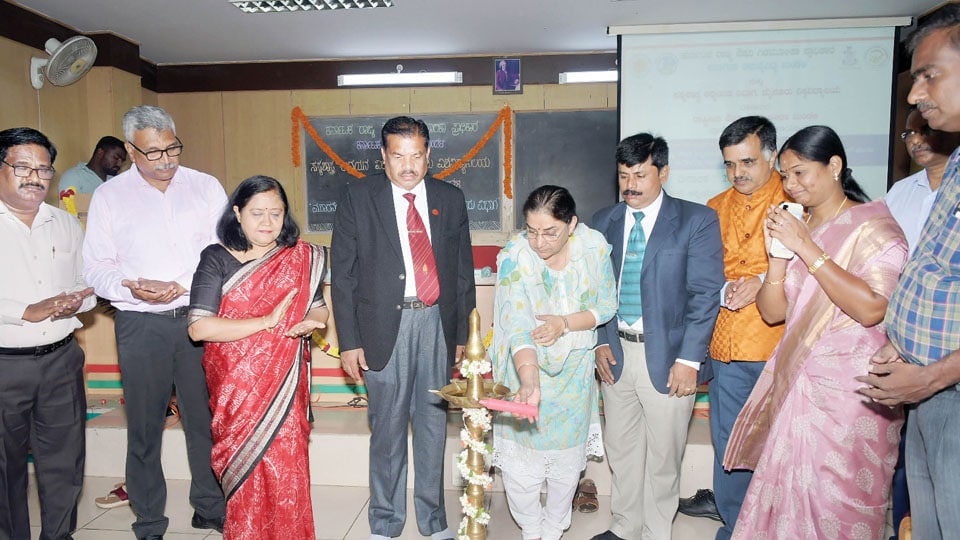 Conserving medicinal plants is need of the hour: Forest Officer

Mysore/Mysuru: Maintaining that everyone of us have the responsibility of conserving our vanishing medicinal plants, Principal Chief Conservator of Forest (PCCF) Madhu Sharma observed that excessive usage of chemical fertilisers and weedicides are making an adverse impact on soil.

She was speaking at the third Divisional Co-ordination Workshop organised jointly by Karnataka State Medicinal Plants Authority, Karnataka Biodiversity Board and Botany Department of the University of Mysore (UoM), at the Department of Studies (DoS) in Botany, Manasagangothri, here on Friday.

Former Vice-Chancellor Prof. S.R. Niranjan said that Botanical Scientists have discovered more than 2,000 species of medicinal plants and it is important that manufacturers of medicine and researchers transform them for public benefit. He also wanted the Government to allocate more funds for conservation of medicinal plants.

Stressing on the need for educating our children on medicinal and fruit-bearing plants, he called for organised documentation of cooking practices that are prevalent in rural areas for the past several decades.