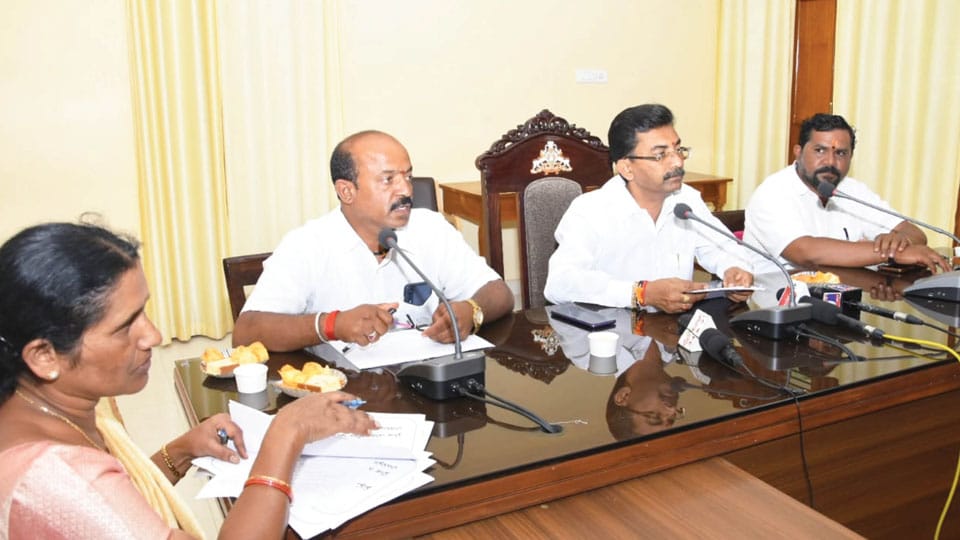 Mysore/Mysuru: The Karnataka Nomadic and Semi-Nomadic Development Corporation has sought a survey of nomadic and semi-nomadic communities in the State in order to have a comprehensive picture of the community and work for its upliftment.

Addressing press persons at Jaladarshini Guest House here on Friday, the Corporation Chairman K. Ravindra Shetty said that the survey will not only help assess the living condition of the communities, but also provide a reliable and a baseline figure of their population.

Pointing out though their population is around 19 lakh according to official figures, the community leaders estimate the population at about 75 lakh, Shetty maintained that in the absence of a reliable population data, any allocation would be made only on speculative figures and this would not much benefit these communities.

Stating that he has been touring all districts of the State, Shetty said he has asked the local authorities to map the places where the nomadic and semi-nomadic communities live and submit a report to the Corporation.

Continuing, Shetty said that the budgetary allotment to the Corporation for the current year (2022-23) stands at Rs. 16 crore along with Rs. 2.02 crore carried forward and unutilised in the previous financial year.

Stating that 42 members belonging to nomadic and semi-nomadic communities have been extended financial assistance under various self-employment schemes to the tune of Rs. 21 lakh so far, he said that the other benefits include irrigation facilities and power supply at subsidised rates under Ganga Kalyan Yojana.

Asserting that the Corporation will continue to make efforts for saving the culture of nomadic and semi-nomadic tribes, Shetty said that a cultural festival will be conducted in Bengaluru, for which two teams from each district will be invited to showcase their talent at the event.