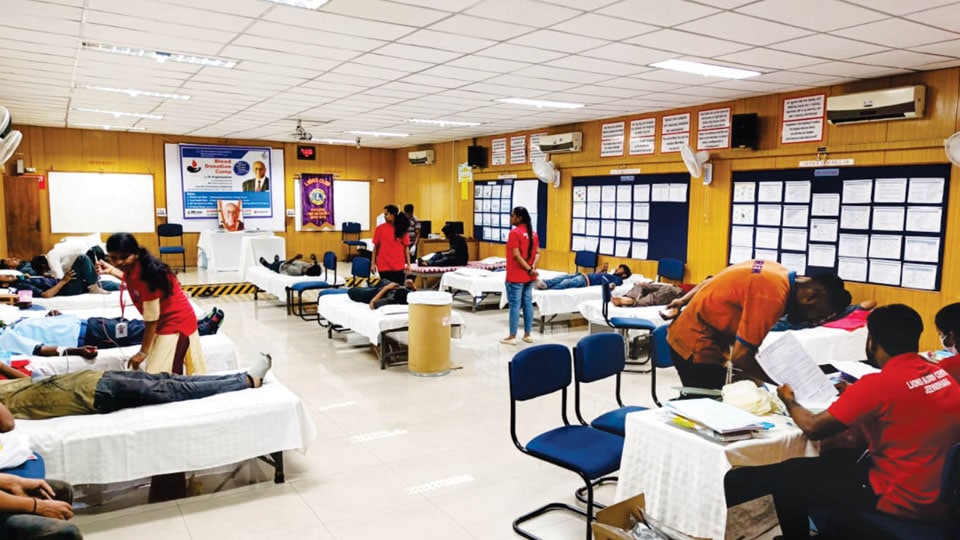 The event was inaugurated by V. Eswara Rao, Vice-President  (Works). All the Sr. Executives and Union office-bearers (V.T.E.U) were present.

Employees including neighbouring industries, general public and students donated 1,020 units of blood during the camp which was a health-related initiative under CSR activity. This initiative will also facilitate blood donors and their family members for their requirement of blood units during any emergencies, irrespective of any blood group.

JK Tyre & Industries Ltd., is one of the largest and oldest Indian Tyre Manufacturers. Three Plants are operating in Mysuru and they have been organising voluntary blood donation camps every year at the Plants to commemorate the birth anniversary of their former Chairman late Hari Shankar Singhania.

As an act of Social Responsibility, the Lions International Club Mysore had organised a blood donation camp at Hotel Southern Star in city on June 23. The blood donation camp was led by Human Resource coordinators Sunil and Shivani Tuteja in coordination with Dr. Manasa and team led by Jeevadhara Blood Bank.

More than 30 staff donated blood in the camp. All the donors were felicitated with a certificate.