On 15th September 2017, Mysore Grahakara Parishat’s  (MGP) Special Leave Petition (SLP) before the Supreme Court of India in connection with Chamundi Hill was disposed of. The Court issued a direction to the Ministry of Environment, Forest and Climate Change (MoEF) to consider the representation filed by us on 19th May 2017. When our lawyers contacted MoEF, they found out that the staff concerned were unaware of the directions of the Court and asked for a copy to be submitted.

This pictorial article should shock the conscience of all Mysureans. 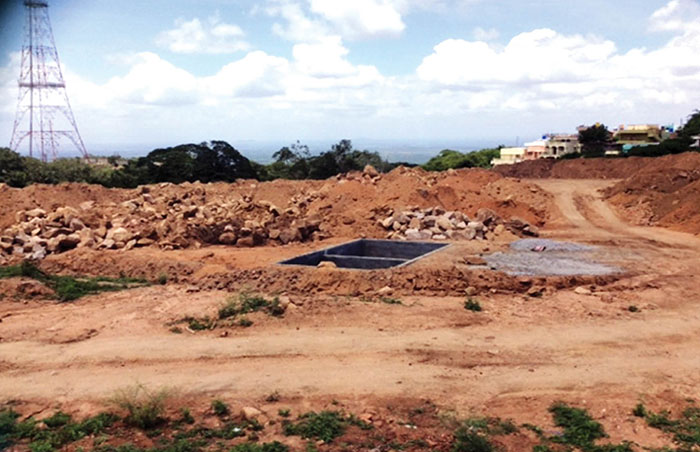 Photo taken on June 12, 2016 when construction atop Chamundi Hill was stopped by the then DC, C. Shikha after a series of protests led by MGP. Hundreds of trees had already been cut down.

It is we who have allowed such a massive destruction on the Hill. It is true there were protests by various groups but not strong enough to deter our leadership, which is so unconcerned about the sentiments of the people.  A protest on the scale of our farmers who unite to fight for a cause would have made a difference. 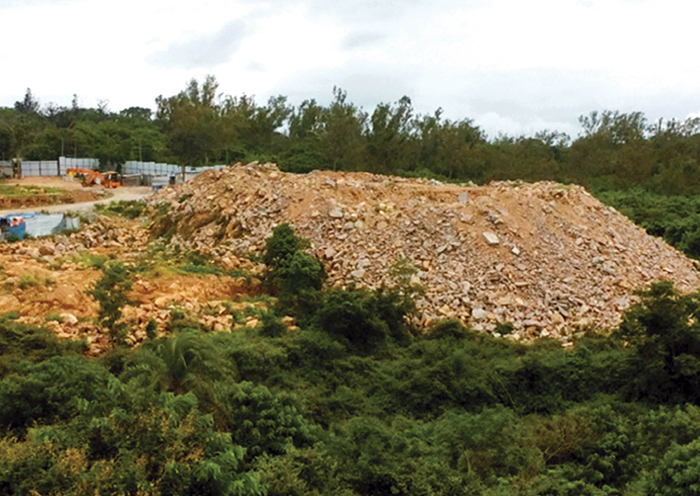 This photo gives an idea of the amount of dynamite used to excavate the area for construction and harm caused to birds and animals on the Hill. MGP’s efforts to stop dynamiting did not have any result. While submitting the Environmental Impact Assessment (not a full-fledged EIA as required), there was the assurance that there will be no explosives used. But such assurances were not kept. No action has been taken.

The multi-level car parking and shopping complex being constructed at a whopping cost of Rs. 80 crore is shortsighted.  To what use will this facility serve when the vehicle population will be more than the foreseen numbers?  The unauthorised shops is estimated to be more than 500 and the dwelling houses 1,500. The Gram Panchayat and other authorities seem to have a free run and the end result will be an ecological disaster given the untreated pollutants that will flow into the forest area. 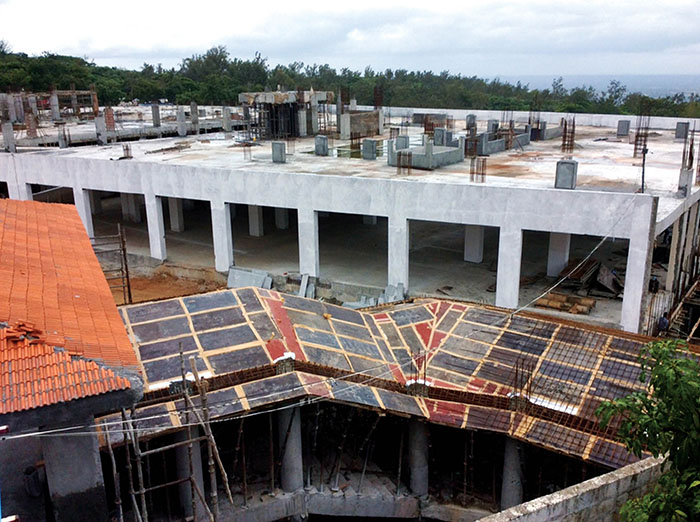 Multilevel parking and shopping complex being constructed atop the Hill. Since it was not possible to enter the construction site, we had to request some residents to use their terraces to take photos. To our surprise, we were welcomed.

Do we need a hotel like this on an ecologically sensitive hotspot of Chamundi Hill? It was not clear how the local authorities could give approval to construct such buildings. 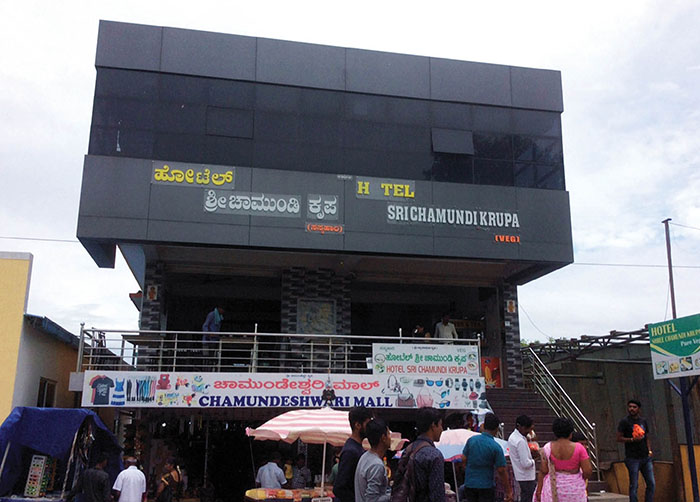 While this Hotel was under construction, MGP had complained to authorities concerned. No results!

When the MGP discussed with the then DC Shikha, she told us that most of the shops do not have permits. During festivals they are forced to close by the authorities and then they open again. We learnt that local Panchayat continues to collect fees of Rs. 1,000 on paper and more below the table from shopkeepers. In short, there does not appear to have any rule of law prevailing on the Hill and it is a small wonder why the government has not taken over its management. 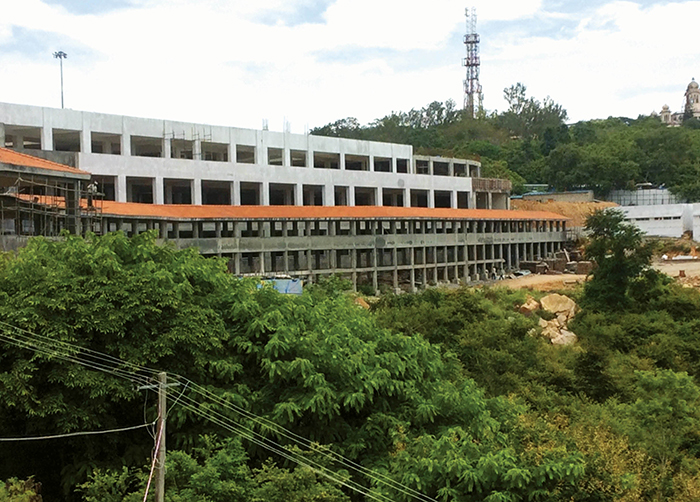 Photo taken from the roof of one long time resident Nagendra, retired employee from IG’s office (whose grandfather and father owned houses on the Hill and who has a court case against the government for not keeping the promise of allowing space for moving around and restricting their movement while buying land from him).

At this rate the destruction of the Hill will continue even more rapidly if we do not take corrective steps soon. We should demand for the constitution of  Chamundi Hill Preservation Authority if we are interested to save it from further vandalism.