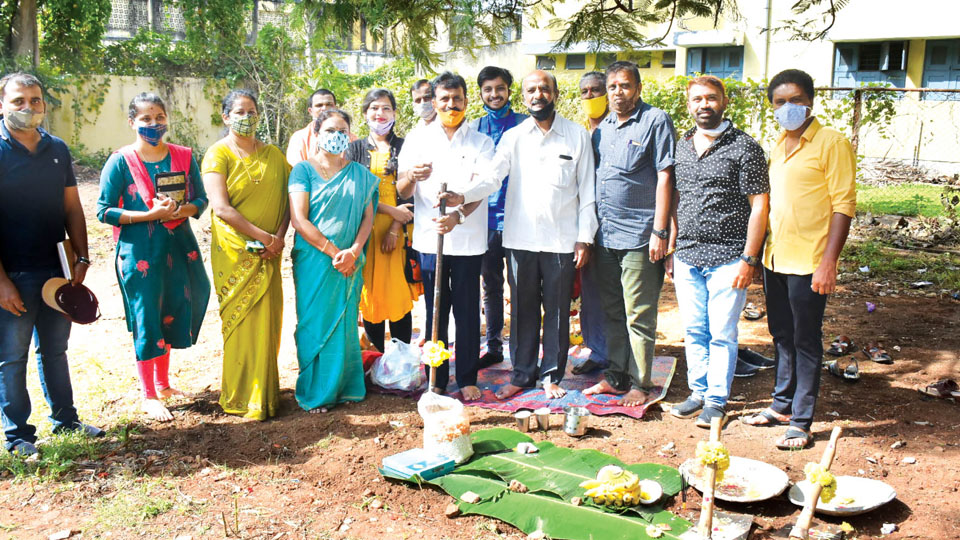 Speaking on the occasion, Nagendra said that the Sakhi Kendra is currently functioning at a small chamber of Cheluvamba Hospital. But the Government, taking note of the need for a more spacious facility, allotted Rs.48 lakh under the Centre’s Nirbhaya fund, with which the new building is being constructed. Pointing out that the building is coming up at a 40’x40’ site behind the Children’s’ Hospital in Cheluvamba Hospital premises, he said that the construction work has been taken up by Nirmithi Kendra.

Stating that the construction agency has been asked to complete works in four months, he said that the Kendra is a boon for women victims as it provides them medical, legal and counselling services, all under one roof.

Women and Child Welfare Deputy Director K. Padma told Star of Mysore that the Sakhi Santwana Kendra was established in a small chamber of Cheluvamba Hospital in November 2014. Now exactly six years later, the Santwana Kendra is getting a new building, with the MLA performing the ground-breaking ceremony for its construction.

Pointing out that the Santwana Kendra provides care for women and girl children who fall victims of atrocities and crimes such as dowry harassment, domestic disharmony, molestation, sexual harassment, child marriage, human trafficking, acid attacks etc., she said that all victims visiting this Kendra need not have to go to Police Stations to lodge complaints. The Kendra will extend all necessary legal, medical aid and counselling services under one roof, she added.