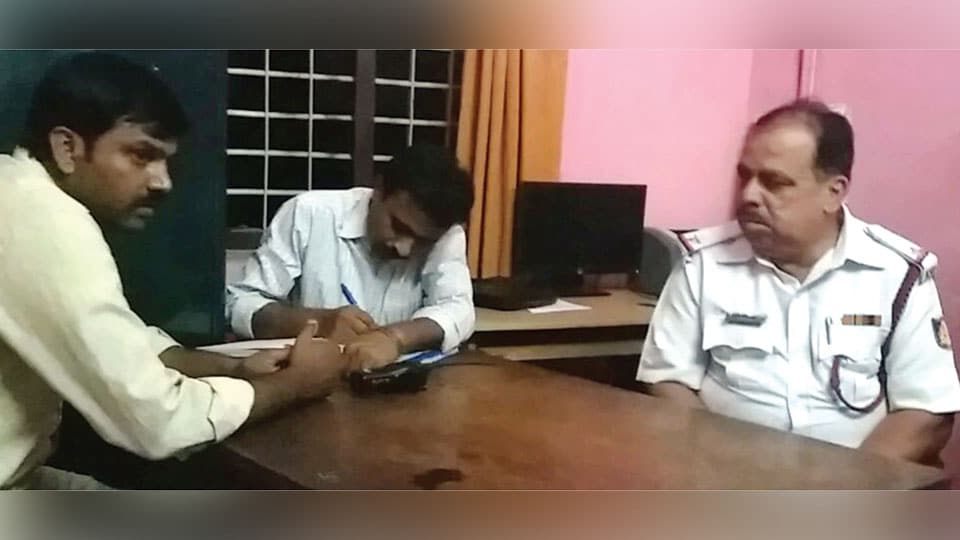 The Anti Corruption Bureau (ACB) sleuths yesterday trapped an Assistant Sub-Inspector (ASI) of Police while he was accepting a bribe of Rs. 2,000 from an auto driver. The ASI has been identified as M.G. Ramesh of  K.R. Traffic Police.

But what followed the arrest surprised everyone. The ACB team, after arresting Ramesh, was driving him to K. R. Police Station when he swallowed all the  four Rs. 500 notes in order to destroy evidence. Efforts by the ACB sleuths to retrieve the currency notes proved futile.

The ACB team then immediately rushed ASI Ramesh to K.R. Hospital where they asked the doctors to scan his body to trace the currency notes. They are now waiting for the scanning report.

According to ACB sources, the auto driver had approached Ramesh to get his vehicle released which was  seized by K. R. Traffic Police four months ago after an accident. The ASI told the auto driver that he would release the vehicle only after being paid Rs. 3,000 bribe.

The auto driver then informed the ACB sleuths who laid a trap to catch him red-handed. The ACB team trapped Ramesh near a juice shop as the auto driver handed over Rs. 2,000 in four Rs. 500 denominations to the ASI.

It is yet to be seen if M.G. Ramesh is also going to be booked under Section 30 of IPC which punishes anyone who disfigures or destroys currency notes.