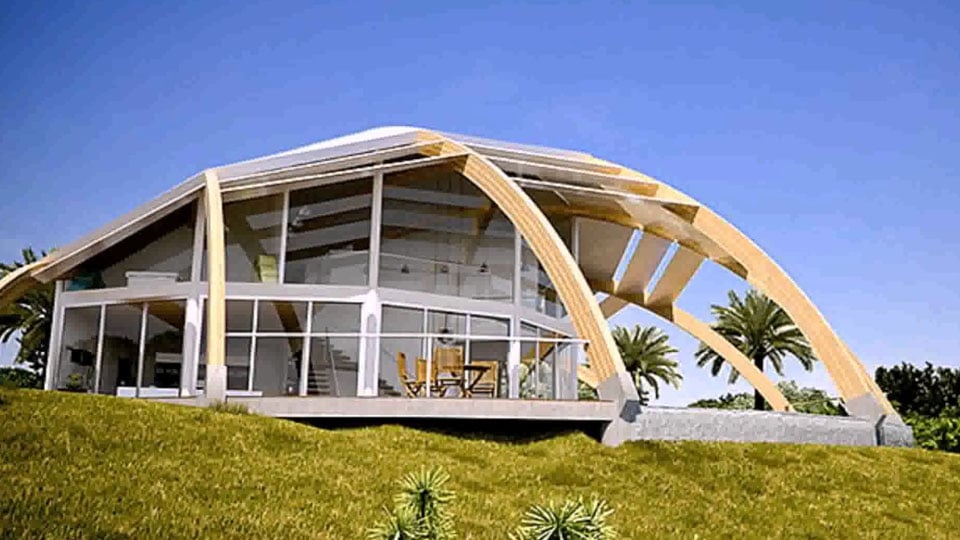 Building a house since ancient times was not only a creative design approach but was also a sacred process of putting it in place brick by brick as the house was considered a living organism. A proper design to withstand natural forces is equally important keeping in mind the geographic locations and seismic vibrations.

Earth quakes are quite a common and highly unpredictable phenomenon. In the ancient scriptures of Vastu and Chinese metaphysics, it has not only been analysed but the cause and effects of earth quakes has also been classified based on the natures signals which emanate as a forewarning prior to a earth quake.

Earth quakes are caused due to the geological activities in the bowels of the earth which create a shift of the tectonic plates on which the various continents and the oceans rest and consequently the upper layer known as crusts move causing the earth to cave-in and buildings dislodge.

Vastu, Feng Shui science, modern structural designs and building science have detailed many methods to construct an earthquake resistant structure. It’s a common fact that only “weak” structures give away during earthquakes causing calamity and destruction. The science of propagates creating strong, vibrant and stable structures which stand for centuries and withstand adverse circumstances and nature’s fury.

Some of the vital factors to be considered in building an earthquake resistant structure are:

1. Building Configuration: The earthquake resistance of a structure is largely influenced by the configuration of the property in terms of Geometrical shapes in plan, elevation and location of structural elements and distribution of the mass of the building. Hence, adapting regular configurations, symmetry and uniformity would be beneficial.

2. Plan and elevation shapes: The building having a uniform shape in elevation will avoid sudden changes in lateral stiffness along the height of the building which would cause concentration of stress and disintegration. Especially, buildings which have inverted set back (top heavy or enlarged) are quite dangerous due to the high centre of gravity which could tilt the foundation during earthquakes.

3. Building design: The openings in the walls in the form of doors, windows and ventilators should be of uniform size, shape and distance from the corners. Avoid cut corners and any extension or cut corners should be limited to 15-20% of that particular side for better stability under earthquake forces.

4. Plot soil and vegetation: Examine the quality of the soil and past history of the site; ensure the ground is free of sludge, worms, ants and bones. Holes charcoal. ash and husk weaken the foundation and will not be good from earthquake resistance point of view.

5. Cleansing and Purifying: Purify the land to ensure it is free of all negative forces, ill energies which can be done thro sprinkling rock salt in all the four corners of the property also add a nine inches layer of pure sand before commencing the construction work. It should be chemically inert and preferably from a river or water source as this will provide elasticity to the foundation and super structure and will help quick regaining of the equilibrium to a building during earthquakes.

6. Ensure that while laying the foundation, it is conical at its base and rectangular in its overall design and the laying of foundation should be a continuous work without break and water should not be allowed to stagnate during construction.

Earthquakes cannot be prevented and nature cannot be controlled, yet by adapting some simple but scientific suggestions integrating the science of Vastu and Feng Shui with modern architecture, we can for sure create structures which are Earth quake Resistive.