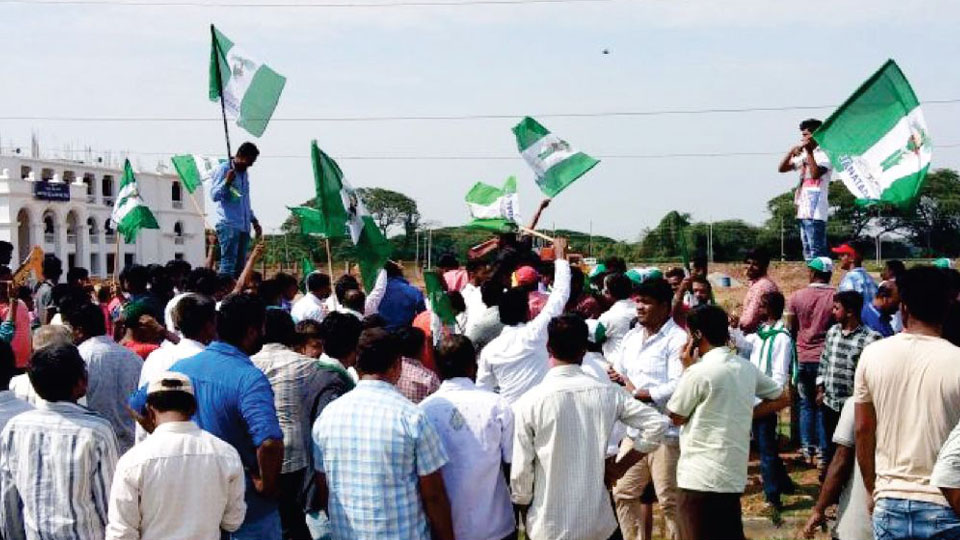 It was just a little over half-an-hour into counting this morning that the green flags of JD(S) started fluttering around Maharani’s Commerce and Management College.

There was euphoria in the air for the supporters and party workers of JD(S) MLA G.T. Devegowda (GTD), who was pitted against the incumbent Congress Chief Minister Siddharamaiah in Chamundeshwari Constituency, as the initial trends showed the former surging.

There was hardly any Congress worker visible, probably realising that defeat was staring them in the face.

Meanwhile, the workers of JD(S), apart from expressing their glee at the healthy lead of their leader, also displayed their anger at Siddharamaiah.

“This is a dream come true for us. Siddharamaiah is paying for all his mistakes. He removed V. Sreenivasa Prasad and distanced himself from A.H. Vishwanath. Both turned against him and supported the JD(S) candidate. He can never again become the Chief Minister as he never supported Dalits,” said a few JD(S) workers speaking to Star of Mysore.

Prohibitory orders under Section 144 of the Code of Criminal Procedure (Cr.PC) have been imposed from 6 am to 11 pm across Mysuru district in view of the counting of votes.

DC Abhiram G. Sankar said the prohibitory orders had been imposed to ensure law and order and prevent confrontation between the supporters of candidates who win the elections, and the supporters of the others. 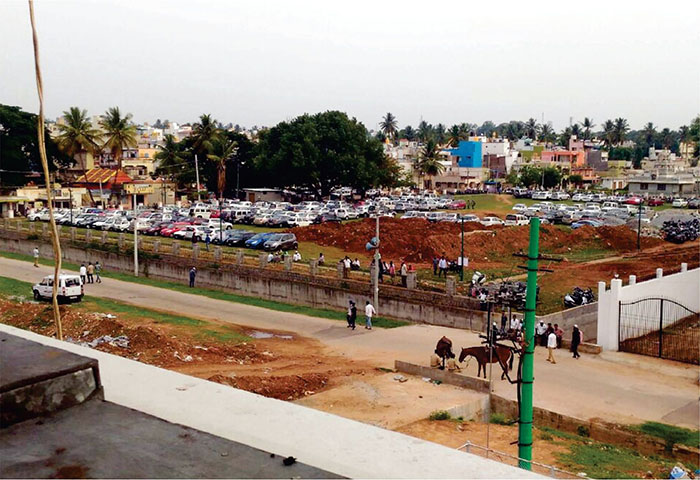 an aerial view of the parking lot near Maharani’s College in Vinayakanagar.

No vehicle is allowed on Valmiki Road, Adipampa Road, Mathrumandali Circle, from Paduvarahalli traffic signal to Kalamandira, St. Joseph’s College on Hunsur Road to Paduvarahalli traffic signal, Kalidasa Road and around Maharani’s Commerce and Management College. The Police have identified alternative routes for the commuters in and around NIE-IT. Vehicular movement has been banned on KIADB High Tension Double Road.

Anti-sabotage check teams, dog squad and bomb squads have been deployed. As many as 120 personnel are deputed for security purpose in the core areas of counting.