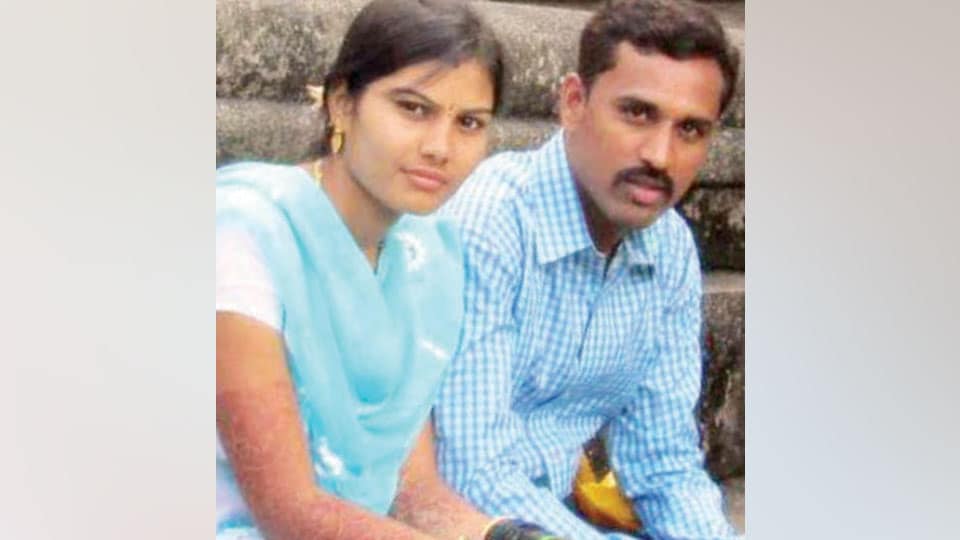 Madikeri:  Quarrel for petty reasons has led to a couple commit suicide by hanging selves at their house near A.V. School near Pampina Kere here in Kodagu.

The deceased are Chethan (34), a Maths teacher at a private Kannada Medium Aided School and Vani (27).

Details: A native of Tiptur, Chethan had married Vani of Tumakuru about four years ago and had a three-year-old child.

Sometime ago, the couple had quarrelled for petty reasons and the family members of Chethan and Vani had solved the issue, it is learnt.

Chethan, who immediately rushed home, found Vani hanging using a saree. Chethan then cut the saree and placed the body of Vani on the bed. He later went out of the house and brought the plastic wire which was being used to dry clothes and hung himself, it is learnt.

But before taking the extreme step, Chethan called his parents over the phone and informed them about what had happened besides telling them he too was committing suicide. His parents immediately informed the matter to Madikeri City Police. But by the time the Police arrived, the couple had ended their lives. The couple’s child was found playing in the neighbour’s house.

Inspector Shanmuga and staff conducted mahazar besides registering a case.

Madikeri
Theatre artiste passes away
Liquor on its way to Wayanad seized near Virajpet, 2 held