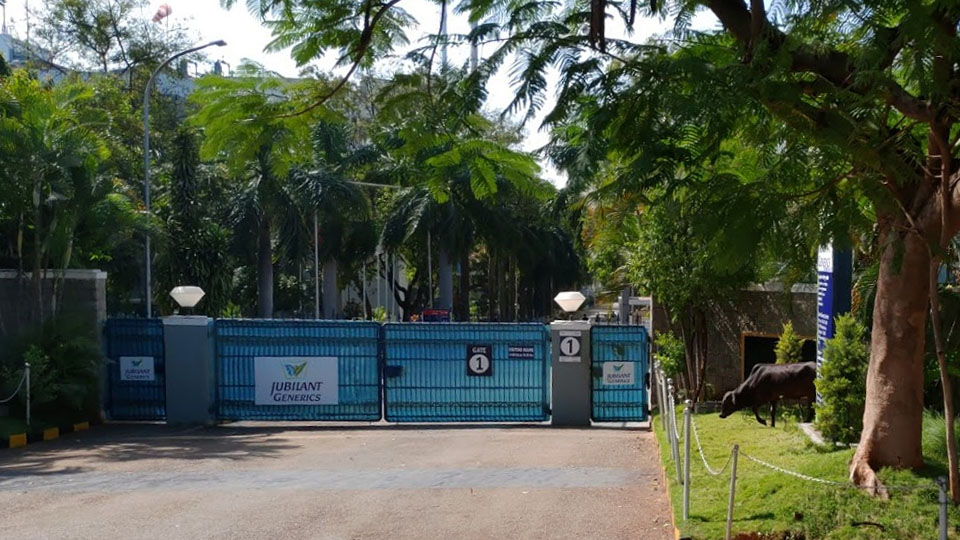 Of the three new COVID-19 cases, two cases are from the Nanjangud-based pharmaceutical company (Jubilant Generics) that already had 12 positive cases and the third one was from Bengaluru who happened to be the contact person of the one of the patients belonging to the company.

All three confirmed cases had been isolated in the designated hospital in Mysuru. The number of COVID-19 cases has gone up to 17, including 15 cases from the company alone. Nanjangud had been declared as a ‘containment area’ with multiple cases and the entire town has been placed in 100 percent lockdown barring some essential services.

Meanwhile, Mysuru District Minister V. Somanna, accompanied by DC Abhiram Sankar and Superintendent of Police C.B. Ryshyanth, visited Nanjangud today and inspected the pharmaceutical company from outside. The Minister gave some instructions to the administration in this regard.

Over 1,458 employees of the company have been placed in the quarantine and among them, 761 were from Nanjangud alone and the rest from Mysuru and other places. Some had been placed in quarantine in hotels and all necessary sustenance arrangements have been made.