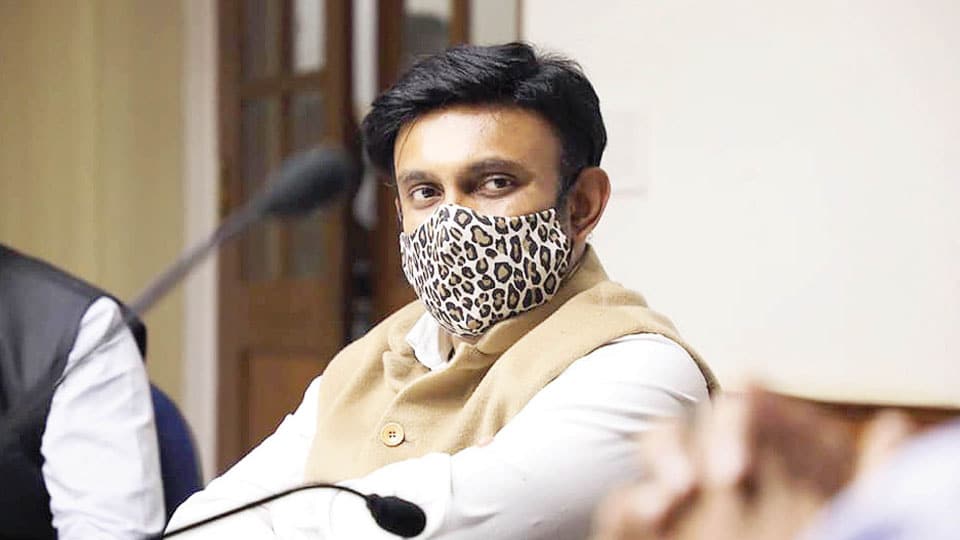 Bengaluru: Experts have opined that second wave was likely to peak by May first week in the State and slowdown by the end of May. Till then, the State Government has to take measures accordingly, said Health and Medical Education Minister Dr. K. Sudhakar.

Speaking to media after the meeting with COVID-19  Technical Advisory Committee (TAC) here on Sunday, he cautioned the people to be extra careful. If there was surge in cases,  health infrastructure would be over-burdened. Experts of TAC have suggested to be vigilant at borders and thoroughly test incoming travellers from high case load States. The Committee has been asked to come up with a report which would be submitted to CM. Further measures would be discussed with the CM, he added.

Dr. Sudhakar said “Private Hospitals have extended their support to Government. We are among the first in the country to start tele-ICU and Private Hospitals have also utilised it. We need to further strengthen this system. Suggestions which impact economic activities will not be considered. However, experts have suggested that we must curb large gatherings and crowds that spread infection.”

He said that the State has received 72 lakh doses of vaccine. So far about 61 lakh doses of vaccine have been administered out of which 53 percent are taken by women. Women have emerged role models when it comes to participation in vaccination drive, said the Minister.

He said Prime Minister Narendra Modi spoke to Chief Minister B.S. Yediyurappa and appreciated Karnataka’s efforts to contain second wave. Modi has suggested to focus on micro containment zones and the Government would take measures in this regard, he noted.

“I will continue to make surprise visits to Hospitals and vaccination centres. Irregularities and improper facilities won’t be tolerated. If people are aware and co-operate, there is no need for lockdown or curb on economic activities,” Dr. Sudhakar said.