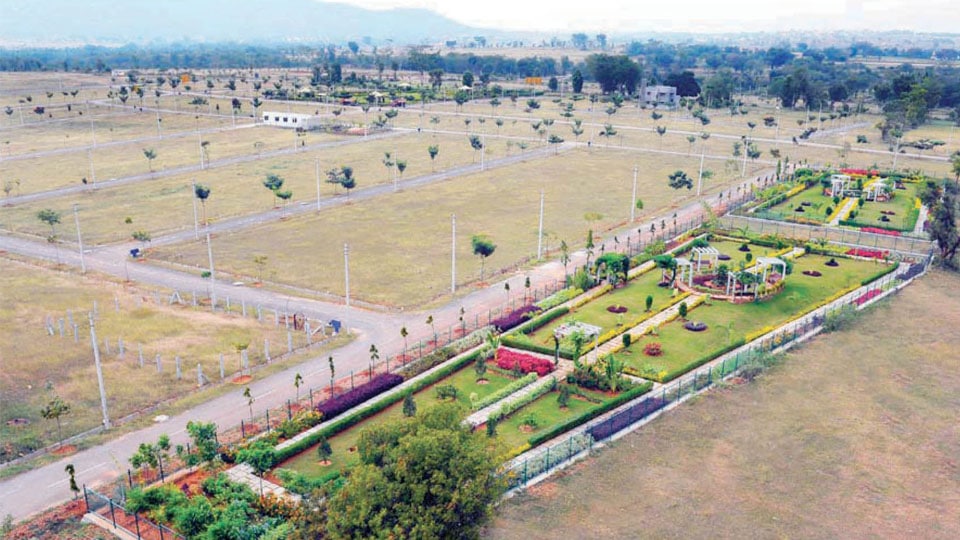 Apropos “Drop Ballahalli Layout Project” (SOM dated Oct.14), Mysuru Urban Development Authority (MUDA), this time has a Detailed Project Report (DPR) ready and wants to develop a full-fledged residential satellite township at Ballahalli. 90 percent of farmers whose land MUDA wants to acquire for the project are up in arms and want this project dropped, but if they want to part with their land, they are demanding Rs. 1.50 crore per acre.

MUDA site allottees should build houses within 10 years of allotment. Vinay Kumar Sorake, the then Urban Development Minister in 2015 rightly wanted this time-frame reduced to 5 years. He had also mentioned that around 50,000 sites are lying vacant in Mysuru.

Ballahalli project can be dropped if MUDA takes firm action to retrieve these sites from those who are violating the rules and allot them to wait-listed applicants. By the way, vacant sites are an eyesore, as filth and garbage are dumped on them and remain uncleared.

Alongside MUDA, we also have Karnataka Housing Board (KHB). Recently I visited a private layout (called Vedapuram by Levinstein Group), off the Ring Road near Regional Transport Office (RTO), Rajivnagar. It was unbelievable when I was told by the marketing agent that the land belongs to KHB and developed and promoted by an Israeli firm!

READ ALSO  Where does money collected as fines go?

MUDA, which was earlier, City Improvement Trust Board (CITB), seems to have served its purpose. There needs to be a new thinking and a new approach in addressing the acute housing problem. The Government must take inputs from the public and it would be better to disband and merge MUDA and other Urban Development Authorities in other districts, created in 1988, with KHB and bring them under one platform to create, say, Karnataka Housing Directorate/Authority. An integrated and dynamic approach to address primarily the issue of affordable housing in villages, towns and cities should be the main concern of such an institution.