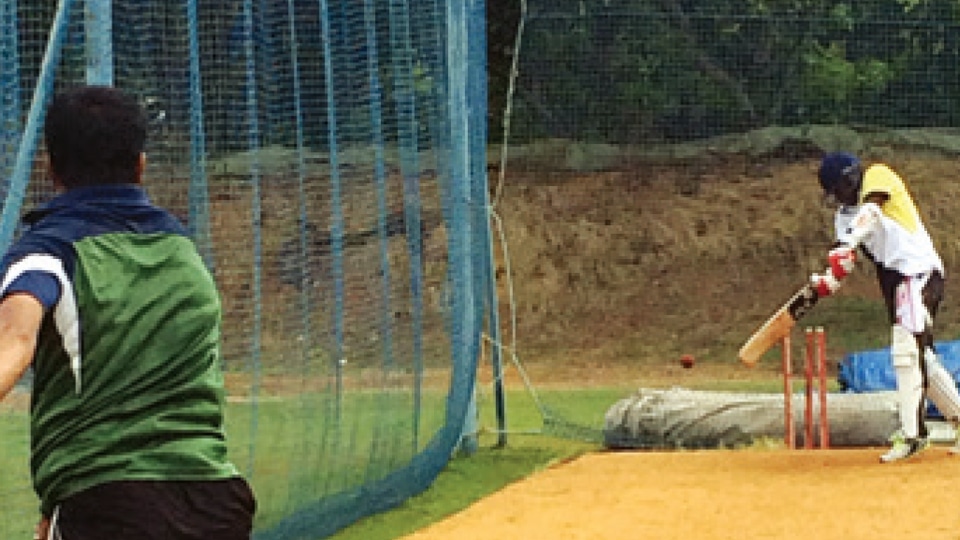 It is a known fact that cricket is a religion in India. There is hardly a person who wouldn’t have played cricket, though not professionally, at least in grounds as children. Currently, the cricket buffs are keen on watching the Indian Eves playing at the ongoing World Cup in England. But the cricket fever seems to have also gripped our officials who have been practising for the past week for a friendly match scheduled tomorrow, July 8.

The officials, who are working day-in and day-out to fight dengue and other vector-borne diseases which are rampant in city and district, have taken some time out to hit the cricket nets at the SDNR Wadiyar Stadium and try their hands on leather ball cricket. District officials, including the Police and MCC officials will play a friendly T20 match. The match will be played between Deputy Commissioner’s XI Vs. Police Commissioner’s XI.

Though many of them have not played leather ball cricket, they have been training hard over the past one week under K.R. Pavan (KSCA Academy Coach) who is assisted by Lokesh. The KSCA Mysuru Zone has been providing all facilities including ground staff, who has been preparing wickets for the practice every day.

“We are just playing a friendly match and depending on the feedback we plan to take this forward. There are also plans of organising a tournament involving other departments and the media as well,” said Deputy Commissioner D. Randeep

“Our boys have been practising well over the past one week and we are confident of putting up a good show,” said City Police Commissioner Dr. A. Subrahmanyeswara Rao.

“This is one of those occasions where the officials of various departments come together. It is the time when discussions are held on various issues and also to get acquainted with one another,” said MCC Commissioner G. Jagadeesha.

“The match will be fun to watch and play as officials of various departments will be hitting the ground tomorrow, all geared up to showcase their cricketing skills. This also helps us get physically and mentally fit,” said Dr. K. Rameshwarappa, Senior Deputy Director, Food and Civil Supplies.