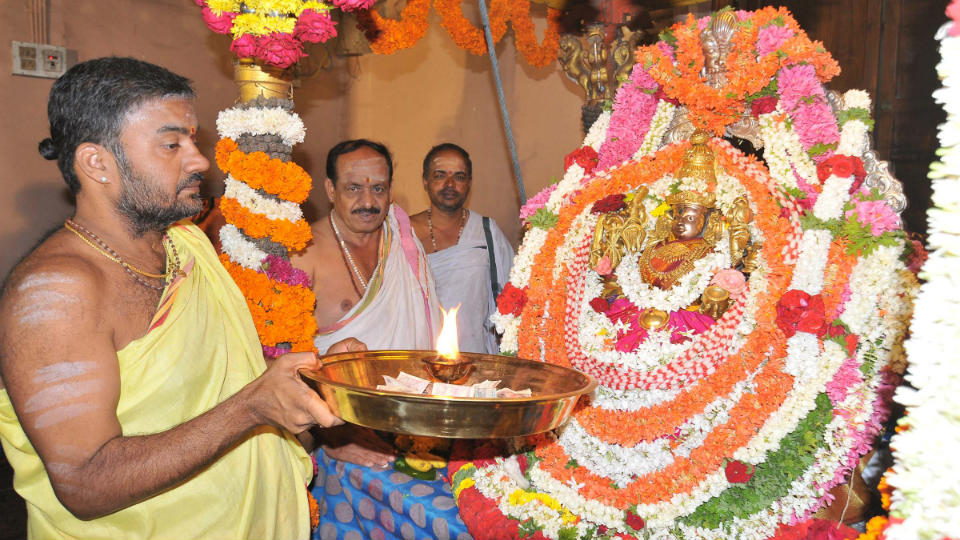 Mysuru: The second Ashada Shukravara atop the Chamundi Hill offering puja to Chamundeshwari continued evoking ‘pujya bhava,’ from thousands of devotees who had started gathering from as early as 3 am today.

Devotees were seen parking their vehicles near the helipad and taking free bus rides atop the hill and as one of the faithful Nagaraj, who never misses a single Ashada Shukravara since the past 15 years, speaking to Star of Mysore said, “Earlier, there was no restriction to take the vehicles up the Hill. However, over the years, the rush during the Ashada Fridays grew and the District Administration stepped in and streamlined the rush. It is well-organised now and what former District Minister S.A. Ramdas did a couple of years ago by organising free trips from the Helipad is laudable.” 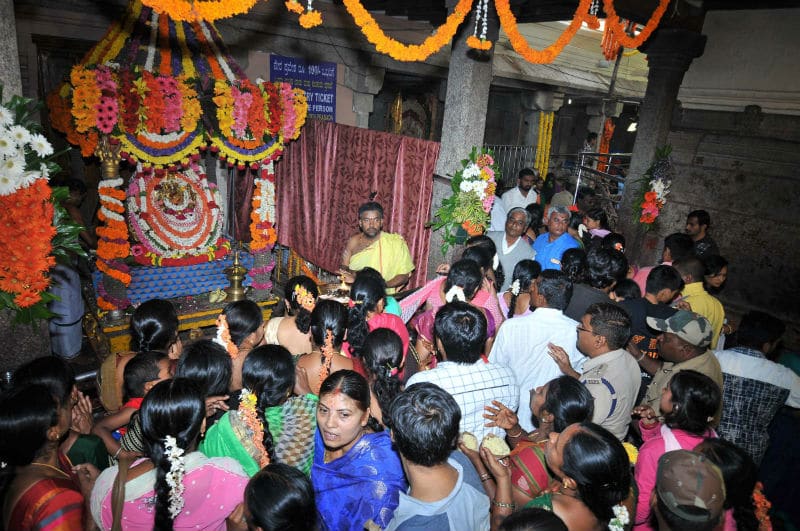 The pujas to Goddess Chamundeshwari in the Sanctum Sanctorum began at 3 am and it included Mahayaga Purva Rudrabhisheka, Panchamruthabhisheka, Pushparchane, Kumkumarchane and Abhisheka. Once the pujas were over, the darshan began at 5.30 am.

There were separate queues for devotees paying Rs. 300 that included two ladoos, Rs. 100, Rs. 30 and a general one for free entry.  Everyone followed the queue system as there were barricades and iron grills separating each category. 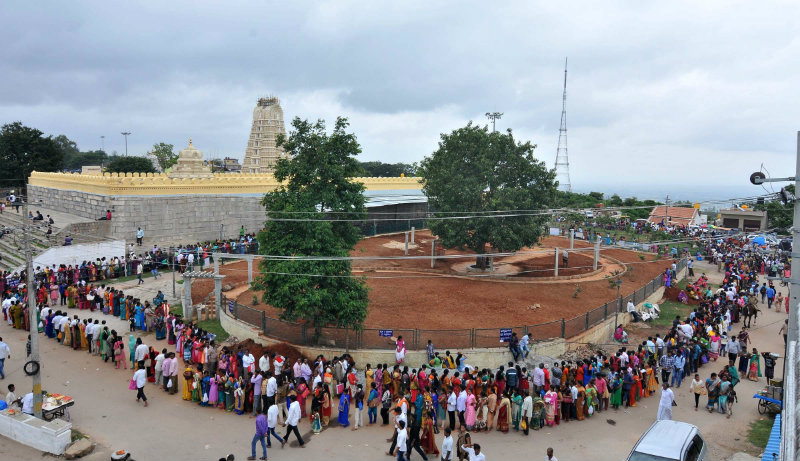 The Coimbatore-based Durga Enterprises organises Anna Dasoha on the second Ashada Shukravara every year and this  year too the members of the family were seen serving food.

“It is a joy to come here every year and participate in the Dashoa as the whole place is spic and span. This is our way of paying respect to the Goddess Chamundeshwari who has blessed us abundantly,” said a family member.

There was a tight Police bandobust by DCP Dr. H.T. Shekar and his team. 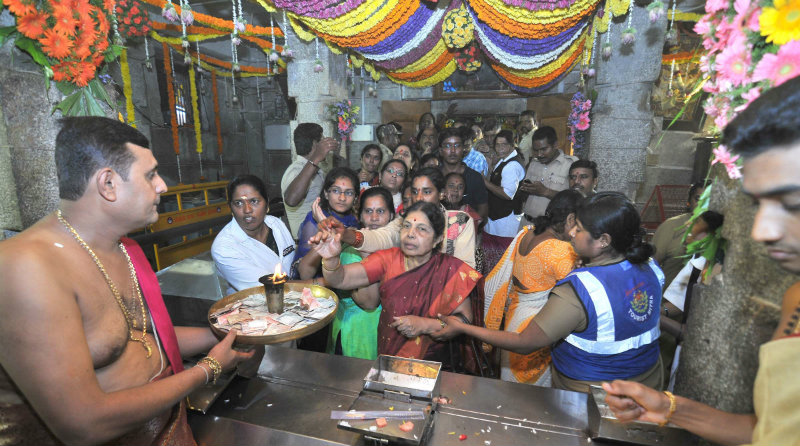 Meanwhile, public announcements continued to blare that there are tickets of Rs. 250 and Rs. 50, while it has been revised to Rs.300 and Rs. 100 for the special darshans.

Litter and plastic menace atop hill?

However, a few devotees who visit the temple had their own observations. Bharat Urs, a devotee told SOM, “The Ashada Shukravara is a perfect occasion where a lot of littering happens in the most rampant and ugly manner.” 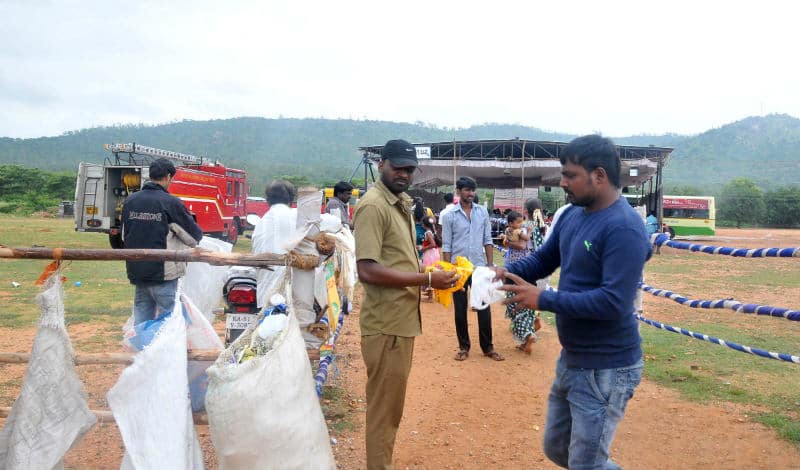