Mysuru: Overspeeding bike riders, gambling menace in vacant plots and parks and problems by drunkards were some of the complaints given by the residents during the public grievances meeting organised by the City Police at Chennamma  Chennabasappa Kalyana Mantap at Nazarbad here yesterday evening.

More than 100 residents of Raghavendranagar, Gururaja Layout, Vidyanagar and surrounding places aired their grievances to City Police Commissioner Dr. A. Subrahmanyeswara Rao and urged him to provide solutions.

Lokesh, a resident in his complaint said that the menace of bullies have increased in vacant plots on Rajkumar Road in Vidyanagar, who consume liquor during dark and create problems to the residents and those passing on the road.

Babu, a resident of Siddarthanagar complained of overspeeding two-wheeler riders on Vinaya Marga which has resulted in numerous accidents and urged the Police to place barricades near schools for the safety of school children. 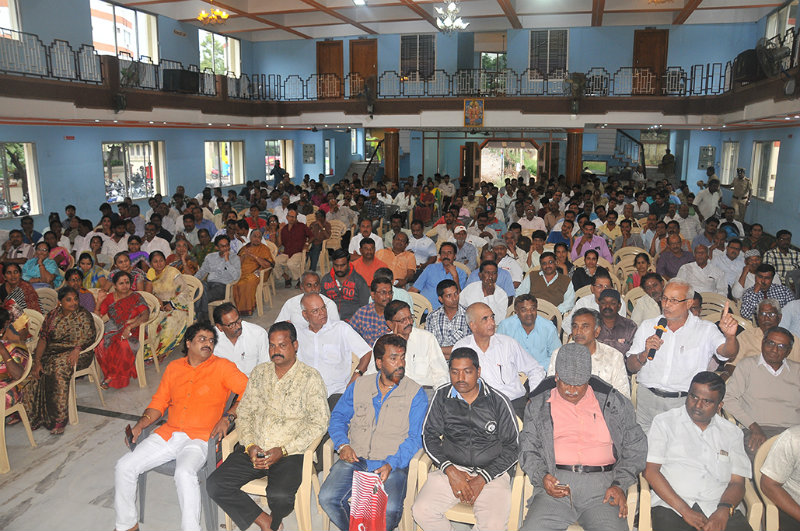 City Police Commissioner, who heard the grievances said that an advisory committee comprising members of the public and organisations would be formed to improve the traffic system and added that solutions to the problems would be given after taking the suggestions from the members of the committee.

ONE COMMENT ON THIS POST To “Residents complain of gambling, drunkards, speeding bike riders at public grievances meet”