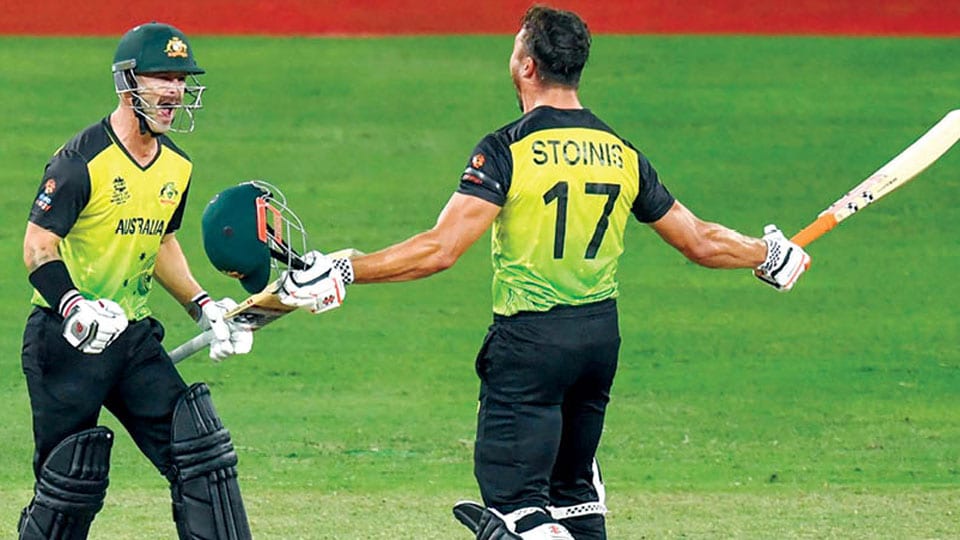 T20 World Cup-2021 has produced ‘breathtaking’ moments in both the semi-finals. Toppers in groups, England and Pakistan, squeezed out in the semis has added strength to the century-old statement, “A cricket match is never over until the last ball is bowled.” Just 2 to 3 overs can topple the apple cart and precisely that was what happened in both the encounters.

In the first semis where England played the New Zealand, 166 on the board by the English looked tricky for the NZ to chase. Chips were down as Martin Guptill and Kane Williamson were back in the pavilion at 13 for 2. Daryl Mitchell (72) anchored the other end while Devon Conway (the only double centurion on debut at Lord’s) stroked brilliantly to his 46. Then came the ‘Whirlwind’ 27 off 11 deliveries by James Neesham.

Rightly as captain Eoin Morgan confessed, “We were devastated by Neesham.” 107 for 4 in the 16th over to 167 in the next 3 overs was Diwali to watch. And so, NZ took sweet revenge of ODI loss to the English at the finals at Lord’s three years ago. All was over with one over to spare.

OZ responded with mixed caution. Mitchell Marsh, Steve Smith and Glenn Maxwell threw away their wickets. David Warner crafted a cautious 49. At 96 for 5 in the 13th over, the match was firmly in Pak’s pocket. Shocks followed soon.

Marcus Stoinis, 40 off 31, steadied the ship at one end when Matthew Wade walked in. I don’t blame Hasan Ali for the dropped catch. But Wade tore through Pak attack for his 41 off 17 with well crafted 4x6es to romp home, with one over to spare.

Highly reminiscent of the 1st semis, the best chase of 2021 enthralled the world to its zenith in the series.

Extremely sorry for the English and the Pak. Both provided not only entertaining but also competitive cricket. And, hearty congratulations to OZ and NZ on their brilliant victories.

We eagerly await equally interesting encounter at the finals tonight.