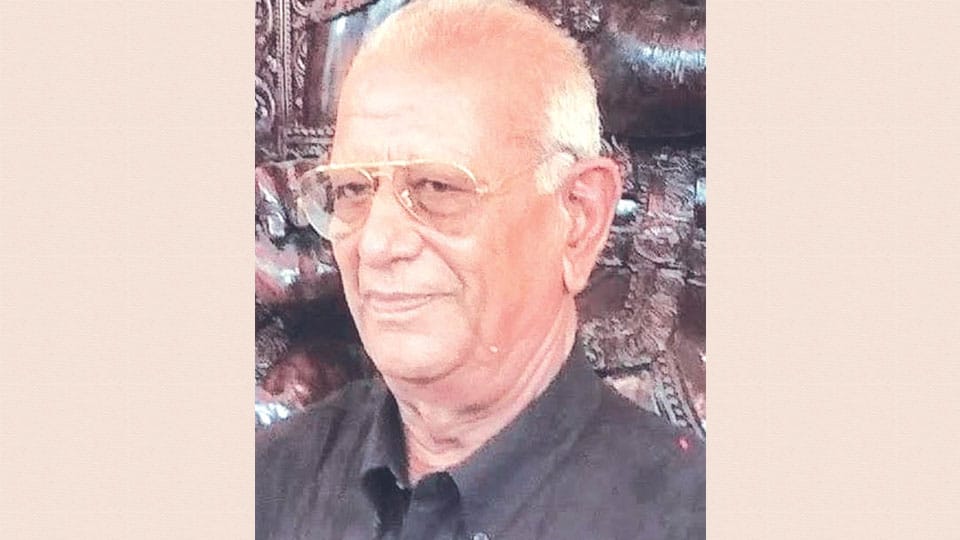 With the demise of C.D. Krishnegowda, erstwhile Curator of Mysore Zoo, the city, in particular, the Zoo has lost a great animal-lover. He had developed a great bonding with all the animals of the Mysore Zoo and most of the animals were a great friend of him.

He used to visit all the animals on his rounds in the morning before going to his office and while returning back, see the animals off.

I too had developed little official connection with him in setting up a Nandini Milk booth inside the Zoo premises. While I was the Marketing In-Charge at Mysore Dairy, I had been to his Chamber to get the parlour lease renewed, and I was surprised and taken aback to see a tiger sitting in front of him on a stool.

Krishnegowda smiled and said that it will not do any harm and asked me to go inside. Such was the bonding he had with the animals in Mysore Zoo.

After change of his post of Curator as Executive Director, he was superannuated in 1991. With his demise, Mysore Zoo and animal-lovers have lost a great soul.

Voice of The Reader
FIBA Women’s Asia Cup 2021 : Kodagu girl in Indian team
Aborted English Tour was disappointing while we were chanting Yeh Dil Maange More! upon our victory at the Oval