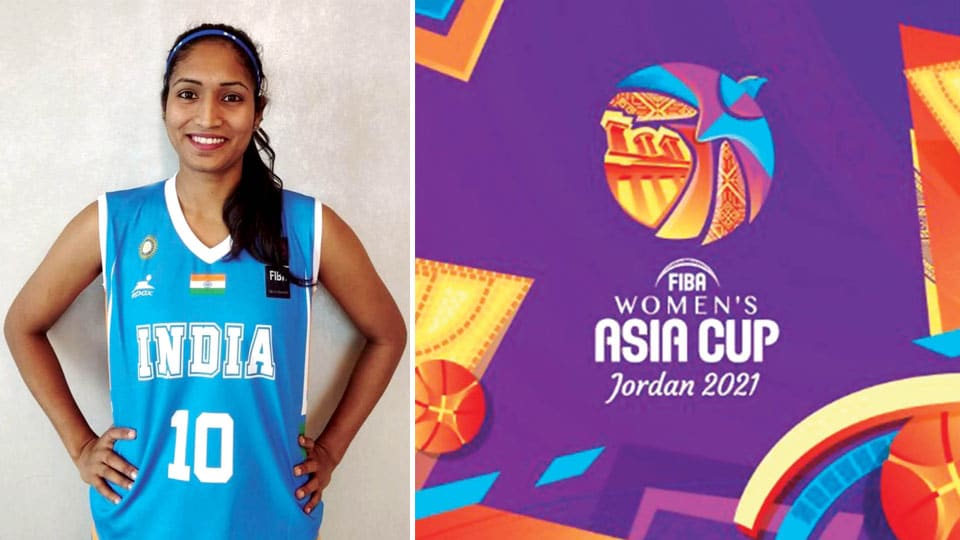 Madikeri: Power Forward from Kodagu Navaneetha Pattemane Udayakumar will be a part of the Indian team in the FIBA Women’s Asia Cup Basketball Tournament, scheduled to commence in Amman, Jordan, on Sept. 27.

Standing 5-foot-10 inches tall, Navaneetha has been an outstanding performer in women’s basketball in the country. She has represented India in the FIBA Asia Women’s Basketball Championships and is employed with South Western Railways (SWR), Mysuru.

Before joining SWR, Navaneetha was  trained at the DYES Sports Hostel, Mysuru. She is the recipient of the prestigious ‘Ekalavya Award’ and Karnataka Olympic Association (KOA) Award for her feats in the sport.

Navaneetha is the daughter of P.P. Udayakumar and P.U. Girija, who are residents at Suntikoppa, Kodagu. She married K.M. Adarsh from Mysuru this year, who is serving in the Indian Army.

She represented the Mysore University in the Inter-University Championships in 2011-12 at Kannur and has been a regular in the team from then on. In 2009-10, her excellent play in the Nationals earned her the Indian cap when she donned Indian colours in the 1st FIBA Asia U-16 Championships held in Pune. She also took part in the NBA All India Tournament held at Delhi in 2001-12. She took part in the Junior Indian and Youth Indian camp held at Delhi and Tamil Nadu.